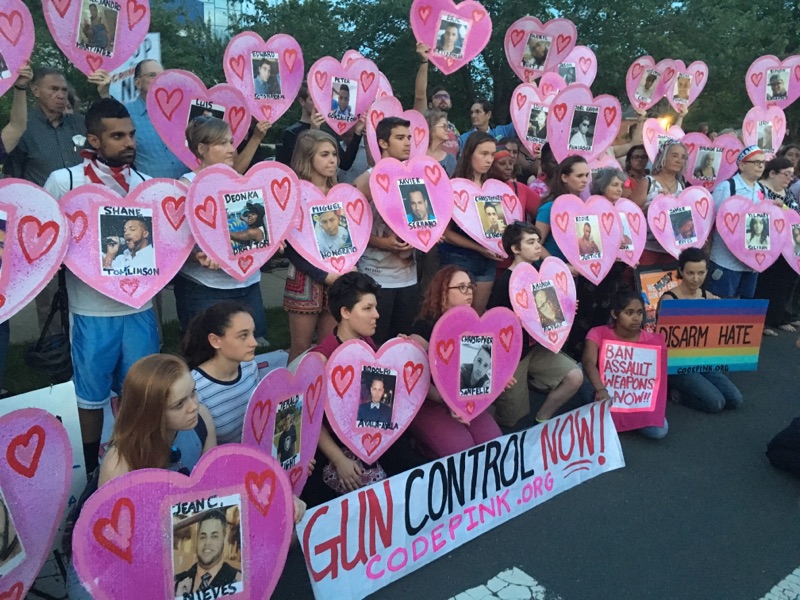 A diverse group of individuals and organizations gathered outside National Rifle Association (NRA) headquarters in Fairfax, Virginia, on June 20, 2016, for an overnight vigil honoring the victims of the shooting at Pulse nightclub in Orlando and a morning "die-in" civil disobedience action to protest the NRA's relentless lobbying to put weapons of war into our homes, streets and communities. More than 100 took part in the vigil and 16 were arrested in the morning action.

Here we've gathered a collection of images and links to select media. All photos may be used by journalists and bloggers, credit CODEPINK.

CODEPINK arrested at the NRA, says gun lobby has blood on its hands – News2Share 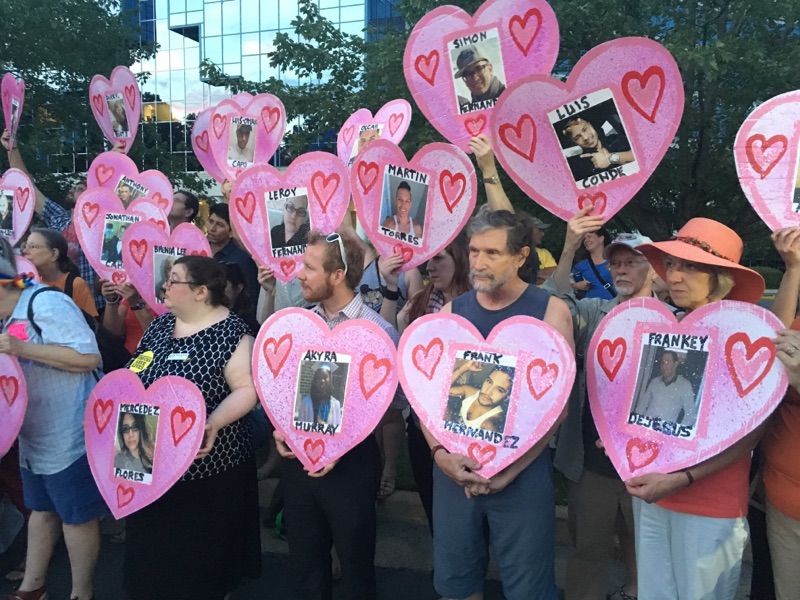 Participants in the overnight vigil at NRA headquarters, holding 49 signs commemorating the lives of the 49 victims who died in Orlando. 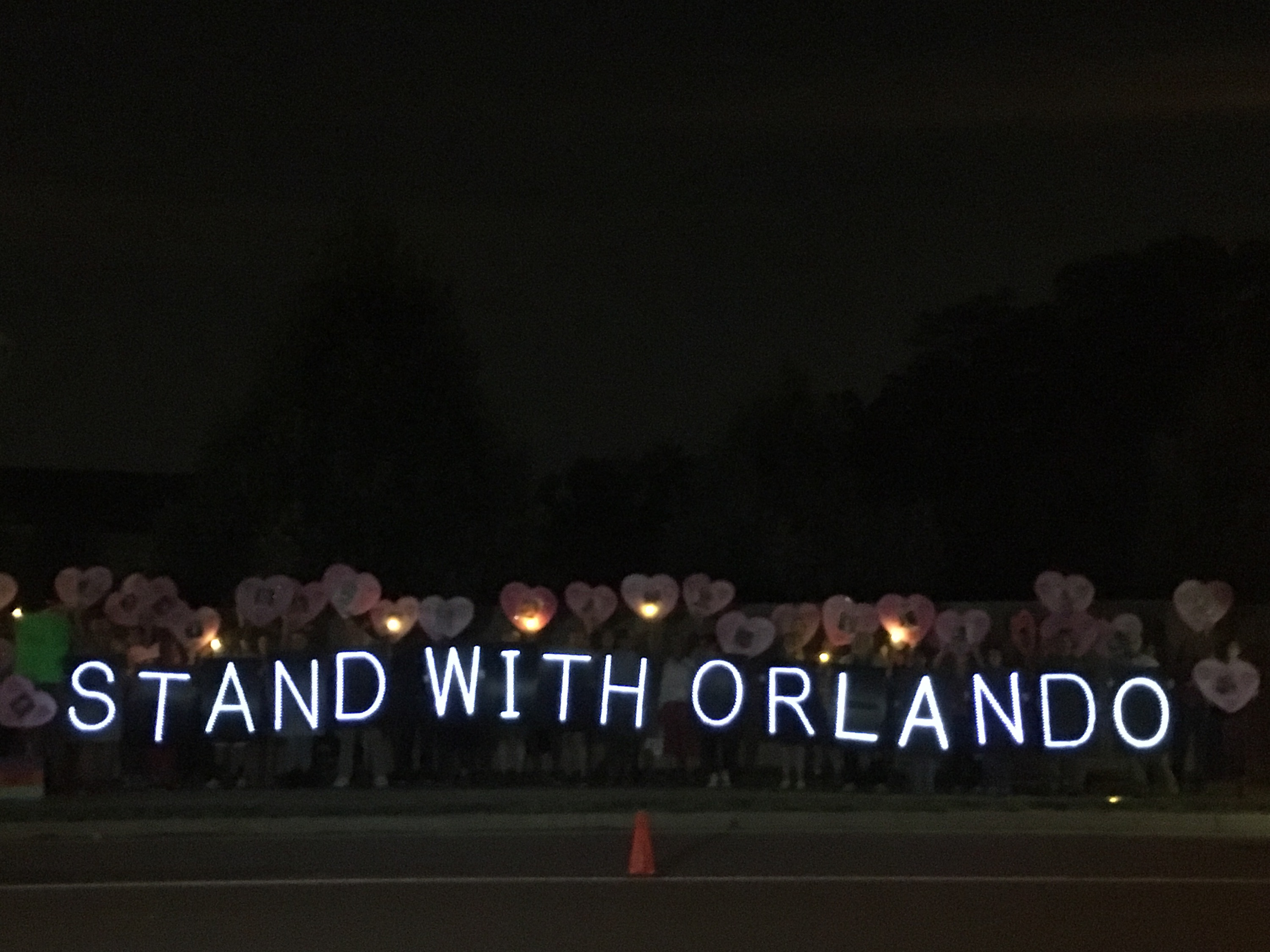 Light display held up by participants in overnight vigil outside NRA headquarters, memorializing victims of the Pulse nightclub shooting in Orlando. 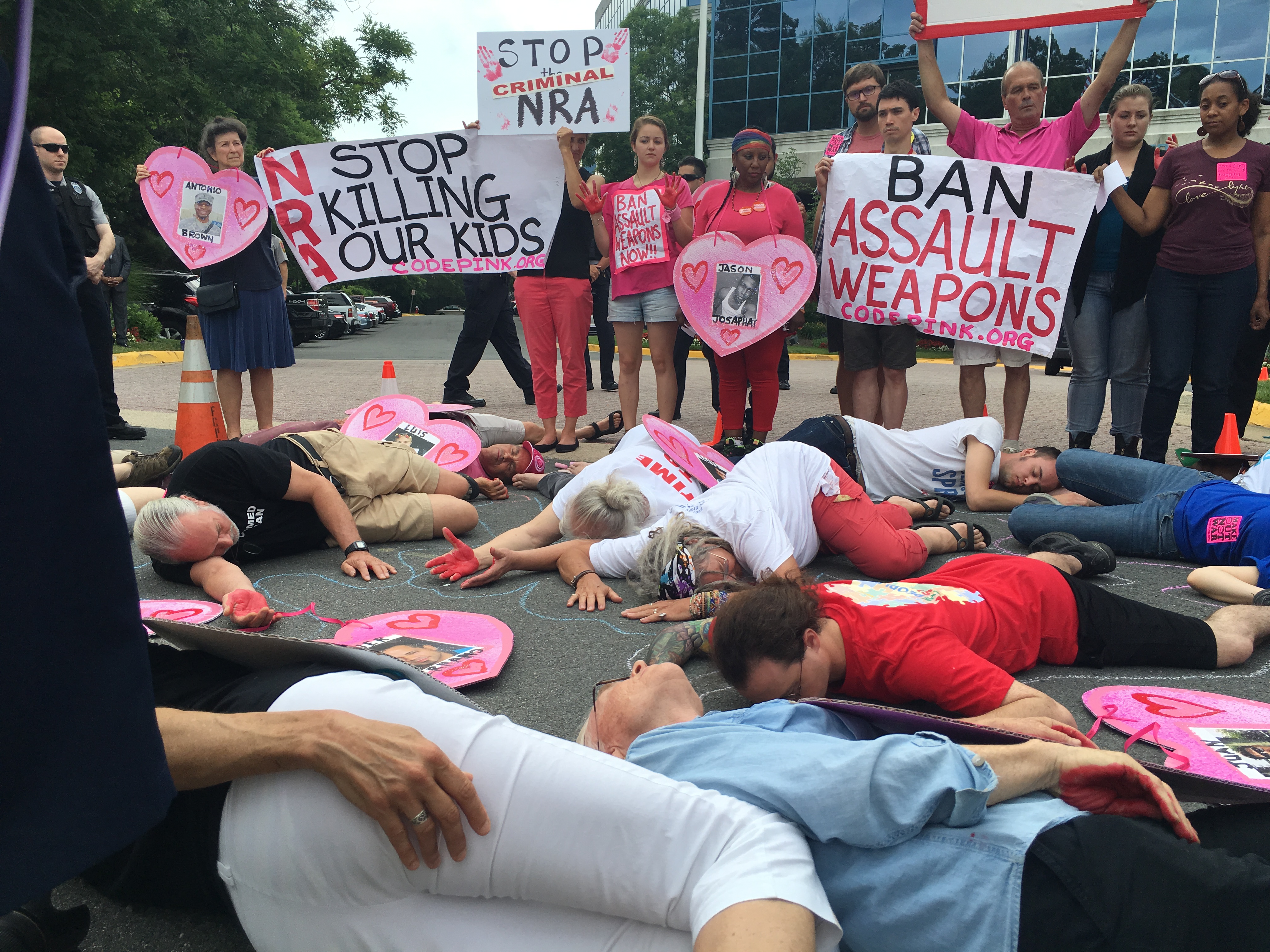 Protestors stage die-in outside NRA headquarters in Fairfax, Virginia, the morning of June 21, 2016. 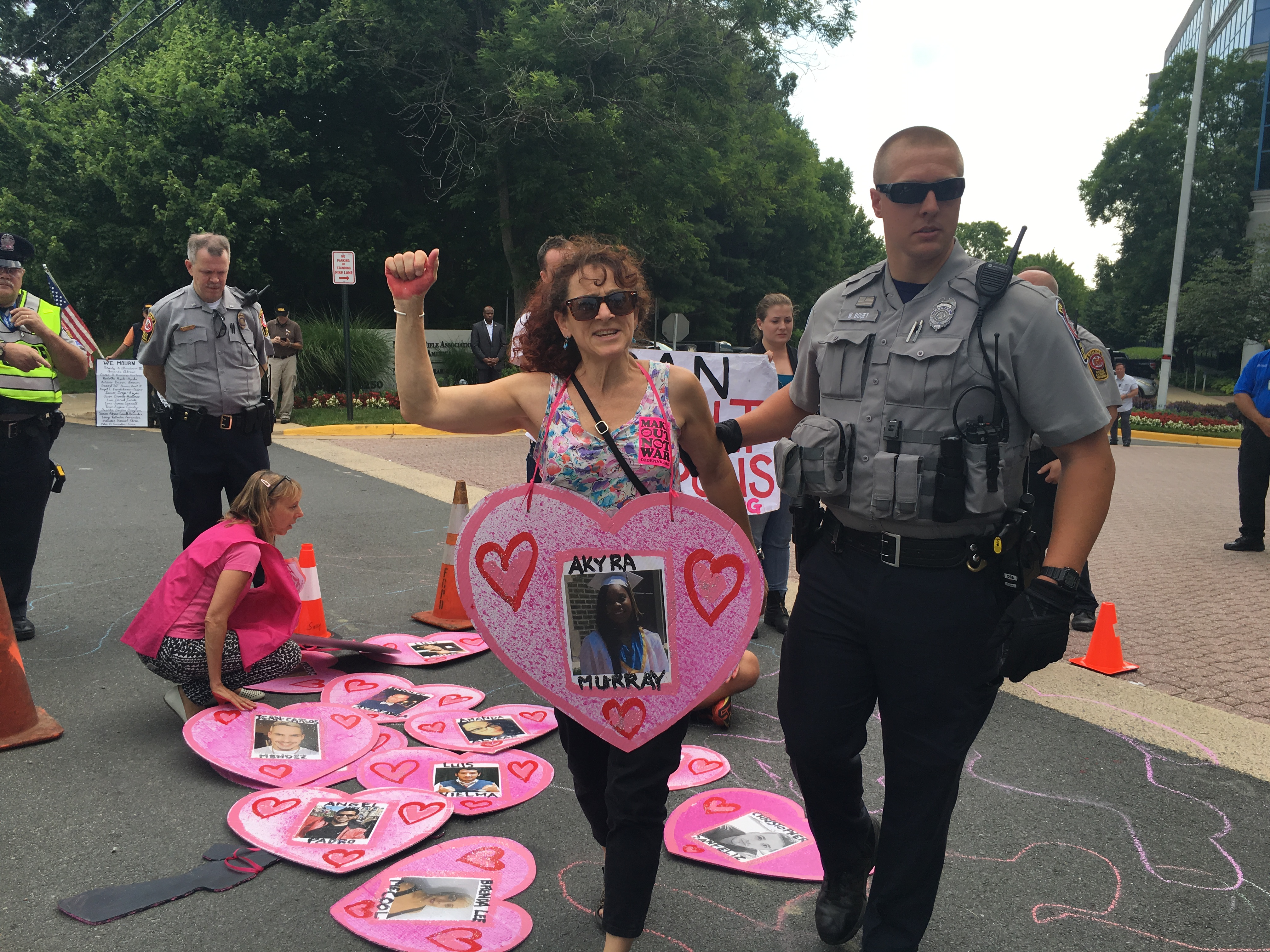 A protestor being arrested by local police after participating in die-in civil disobedience action outside NRA headquarters the morning of June 21, 2016.