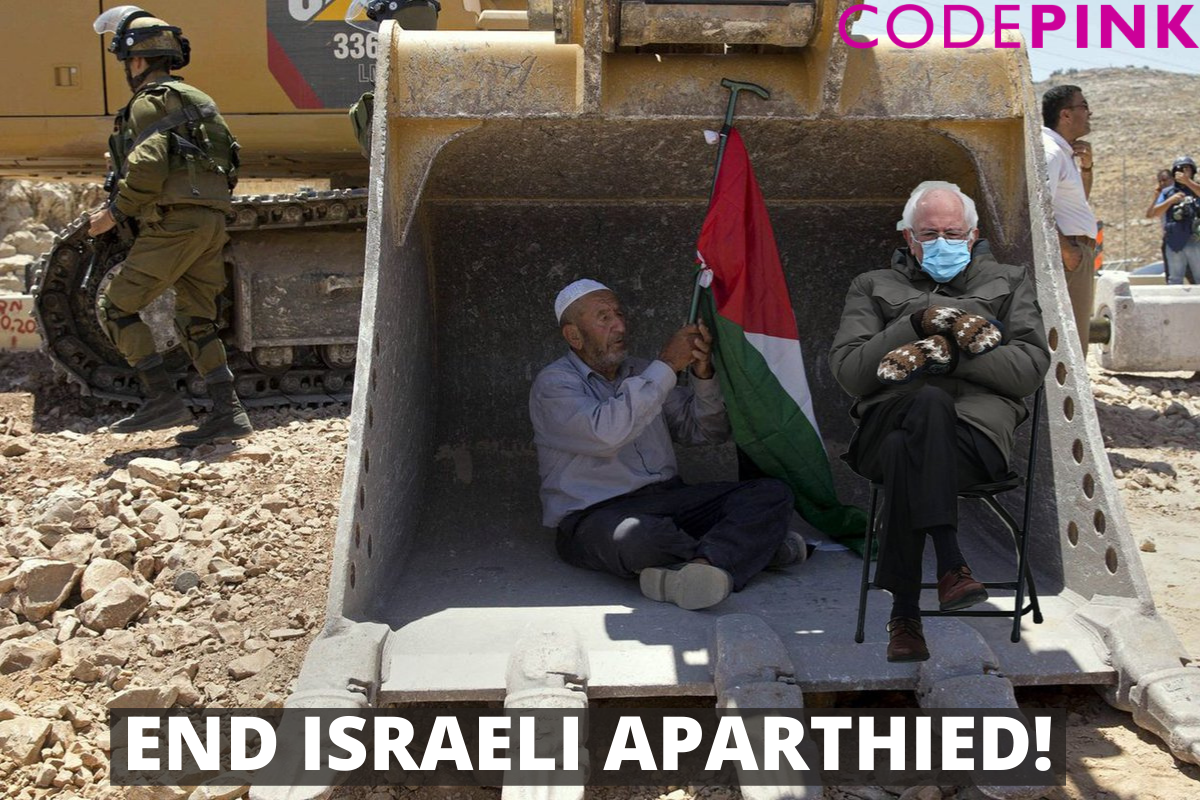 Just as the Biden administration is coming in, Israel has announced 2,500 new settlement units. Tell (soon-to-be) Secretary of State Anthony Blinken to condemn the action and put the apartheid state on notice that U.S. military assistance may be cut or conditioned.

On January 12, Israel’s oldest and most prominent human rights organization, B’tselem, released a monumental report confirming what most of the world has known for a long time: Israel isn’t a democracy, but an apartheid state. “One organizing principle lies at the base of a wide array of Israeli policies: advancing and perpetuating the supremacy of one group – Jews – over another – Palestinians,” B’tselem’s report states. Depending on whether Palestinians live in Gaza, the West Bank, East Jerusalem, or Israel proper, Israel grants them different levels of rights. But in none of these places do they experience equality with Jews.

Palestinians with Israeli citizenship experience some 60 laws that discriminate against them in housing, education, healthcare, and other sectors, making them second-class citizens. Palestinians in occupied East Jerusalem are permanent residents but not citizens; Palestinians in the occupied West Bank live under rigid military rule; and Israel controls and is strangling the Gaza Strip with its land, air, and sea blockade.  "Israel is not a democracy that has a temporary occupation attached to it: it is one regime between the Jordan River to the Mediterranean Sea, and we must look at the full picture and see it for what it is: apartheid," said B’tselem director Hagai El-Ad.

In the days preceding President Biden’s swearing-in, Israel announced legal tenders for 2,500 more settlement units in East Jerusalem and the West Bank. Settlement construction — along with restricting freedom of movement and political participation, unequal immigration policies, home demolitions — is one of Israel’s primary methods of maintaining and advancing Jewish supremacy. The announcement of more settlement construction in violation of international law undermines attempts at peace and should not be tolerated by the United States. Certainly, it should not be funded by U.S. tax dollars.

As a concerned citizen committed to peace, I ask you to condemn Israel’s announcement of new settlement units and introduce real consequences — conditioning U.S. military assistance — if they continue undermining peace and flouting international law.