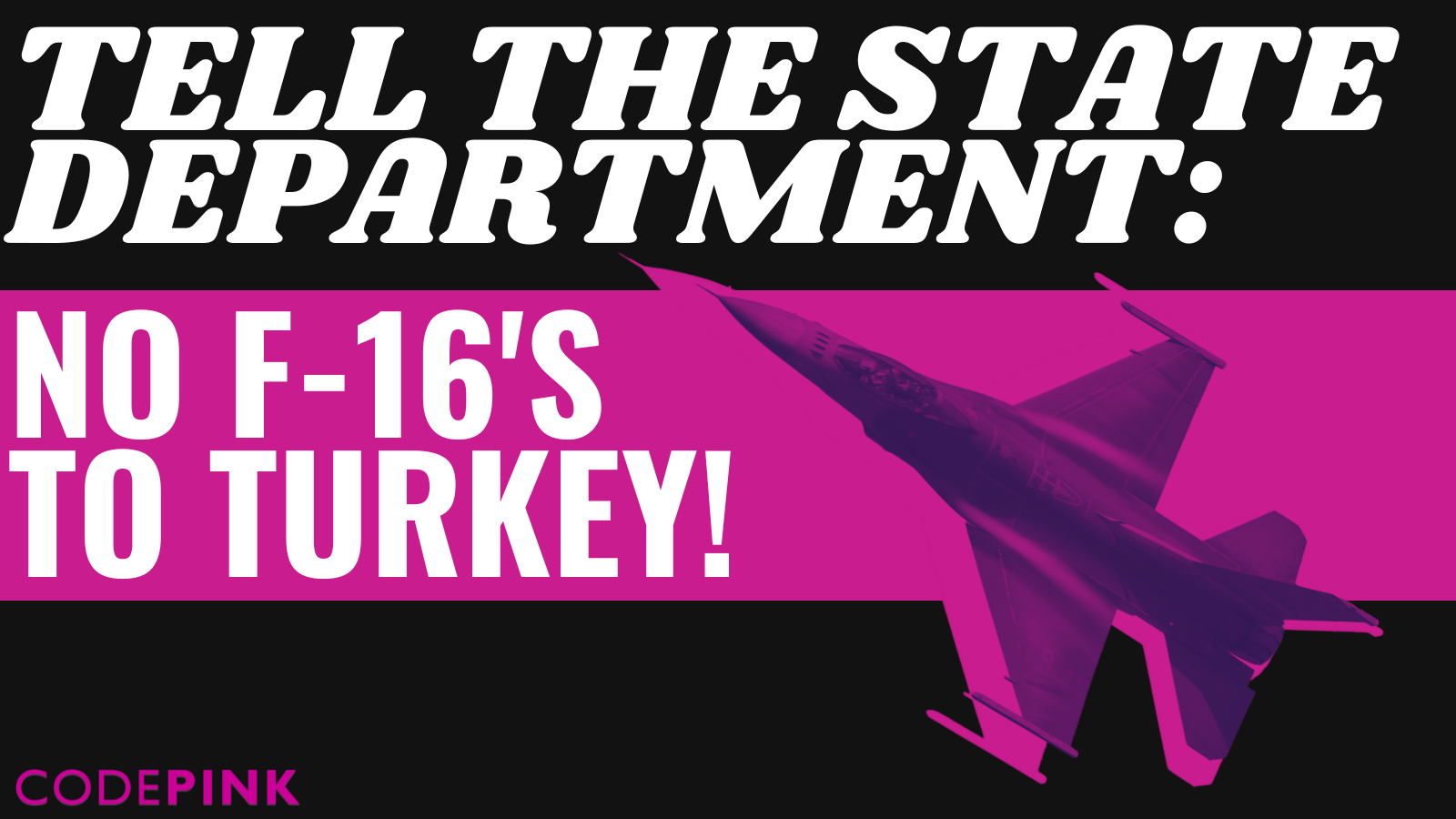 We, the undersigned, demand you not approve any more sales of F-16’s or other fighter jets to Turkey. After the release of the report “Civilian Casualties of Turkish Military Operations in Northern Iraq (2015-2021)” we would find it unacceptable that the U.S. would continue selling F-16s to the Turkish military.

This report cites that in at least 88 cross-border attacks from Turkey to Northern Iraq, as many as 123 civilians were killed. There were attacks documented on small village general stores, refugee camps, agricultural areas, and more. The report cites that “The Turkish Air Forces used predominantly F-4 and F-16 fighter jets made in the USA in these attacks”. U.S. arms sales to Turkey makes the U.S. complicit in this horrible practice of cross-border bombings.

These attacks also have long term effects. The report states, “Bombardments cause long permanent damage to the soil, making it no longer arable. The environmental damage caused by the bombings is considerable, and in the last nine years, some 1.030 million acres have been burnt by Turkish and Iranian bombings”. Turkey also carried out massive deforestation in the Iraqi Kurdistan mountain areas, further harming the fragile ecosystem that the mountain ranges hold.

Whether Iraqis and Kurds are killed, injured, their lands harmed or their children traumatized, the U.S. must halt its complicity in the terror being brought to Northern Iraq by the Turkish military.