No vacation rentals on stolen land! 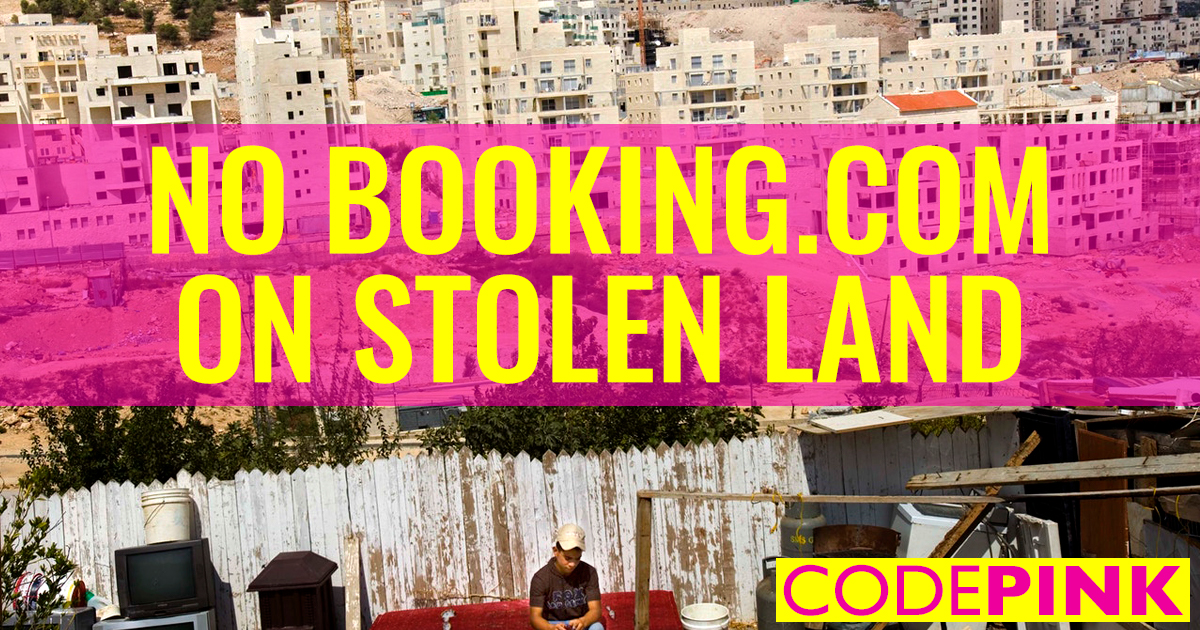 The Israeli government is expanding its illegal settlements in Palestine at unprecedented rates and companies like Booking.com, Expedia, Trip Advisor, and others are allowing settlers to rent out homes on stolen Palestinian land. The hosts and travel companies are directly profiting from Palestinian suffering and this violation of international law.

After several years of pressure, Airbnb in 2018 announced it would remove West Bank settlement rentals from its platform though unfortunately they have not yet agreed to remove listings in occupied East Jerusalem. Booking.com CEO Gillian Tans has failed to respond to similar requests to end her company's complicity in this war crime. It’s up to us to make sure Booking.com, Airbnb, and the other travel booking companies feel the international pressure to end complicity with Israel’s illegal and discriminatory settlement policy.

Help us tell Booking.com, Expedia, and Trip Advisor and other travel booking to follow Airbnb's lead to remove settlement rentals in the West Bank, including East Jerusalem, from their sites immediately. Together, we can end international support for the occupation and build the movement that helps win human rights in Palestine.

To Booking.com, Expedia, Trip Advisor, and all travel companies:

We strongly urge you to immediately delist Israeli settlement properties from your booking services. Jewish-only settlements are discriminatory, built on stolen Palestinian land, illegal under international law, and directly contribute to Palestinian suffering. Both Human Rights Watch and Amnesty International have released reports and appeals explaining the importance of you taking this action.

Please take a stand against war crimes and be a leader for peace in the region.