No Weapons to Saudi Arabia! 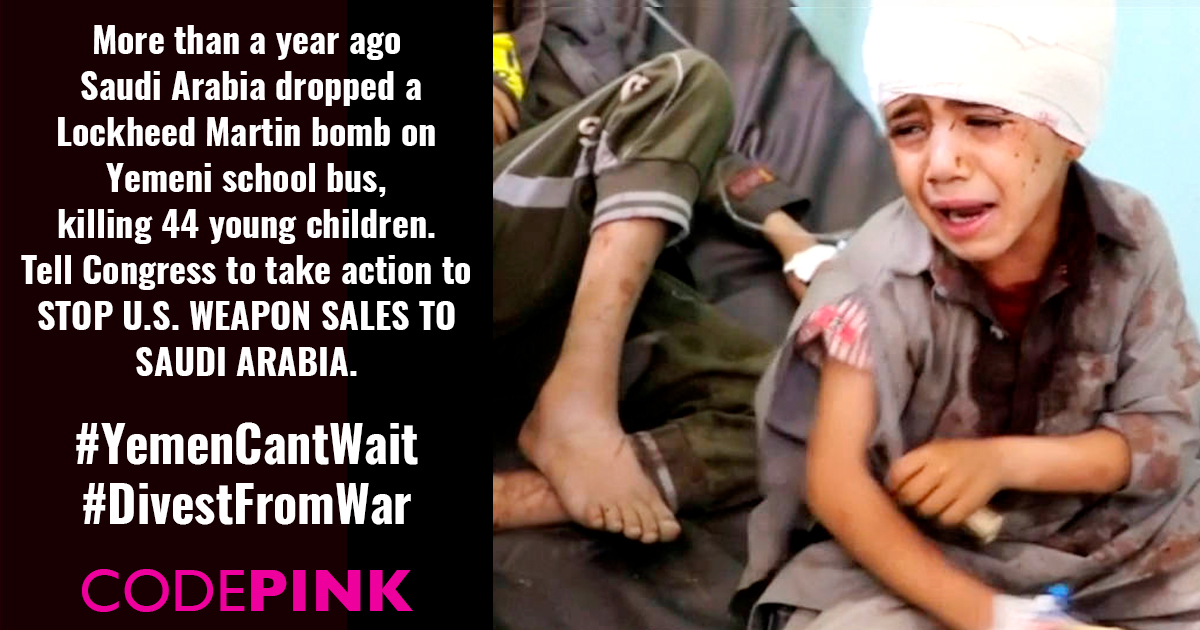 The Trump administration is planning to bypass Congress and sell $8 billion dollars worth of weapons to Saudi Arabia and the UAE  so these countries can “defend themselves from Iran.” We know that Saudi Arabia is the biggest threat in the region and creating the worst humanitarian crisis in the world in Yemen. We also know that Pompeo and Bolton are ramping up their maximum pressure campaign against Iran and have placed military intervention on the table. The Trump administration is setting a dangerous precedent in selling arms without Congressional approval. Tell Congress to fight back by putting a ban on weapons sales to Saudi Arabia in the 2020 National Defense Authorization Act.