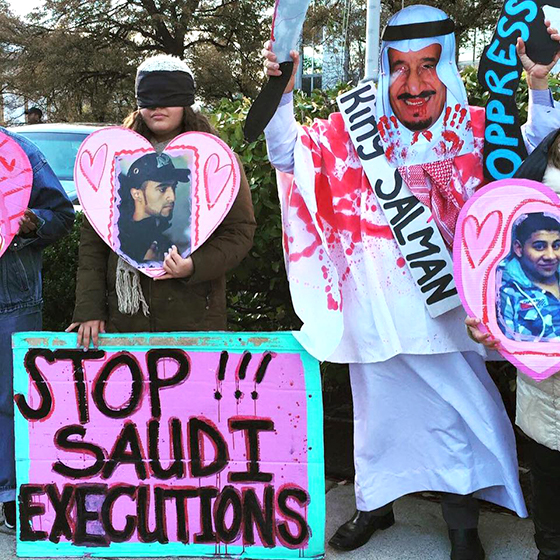 On January 2, the Saudi government executed 47 people, most of them by beheading. One of the executed was Sheik Nimr al-Nimr, a nonviolent religious leader who defended the Shia minority and criticized the abuses—both domestic and foreign—of the Saudi regime. With ISIL-like barbarity, Saudi Arabia has carried out hundreds of beheadings in recent years, imprisoned critics of the monarchy and waged a harsh crackdown against the Shia religious minority. With such a horrific human rights record, why is Saudi Arabia a major ally of the United States?

The US government's Commission on International Religious Freedom designates Saudi Arabia a country where violations of religious freedom are "systematic, ongoing and egregious." Such countries are supposed to be sanctioned, but year after year, the State Department issues waivers for Saudi Arabia. This latest action by the Kingdom is yet another indication that it is well past time for those waivers to be lifted and sanctions to be imposed.

As CODEPINK’s Medea Benjamin notes in her latest article, the Saudi government was well aware that killing Sheikh al-Nimr would enrage Shia Muslims both inside and outside the country. The US government had expressed concern that al-Nimr’s planned execution risked “exacerbating sectarian tensions at a time when they urgently need to be reduced.” But instead of insisting on al-Nimr’s release during his years in prison and echoing Amnesty International’s condemnation of his “deeply flawed” trial, the US government was silent.

ACT NOW: Ask Sec. Kerry to lift the waiver and impose sanctions as mandated by law.

In 2016, we’re committed to challenging the toxic relationship between the US and Saudi Arabia. We hope you’ll join us!