Contact your representatives asking them to support the National Security Powers Act! 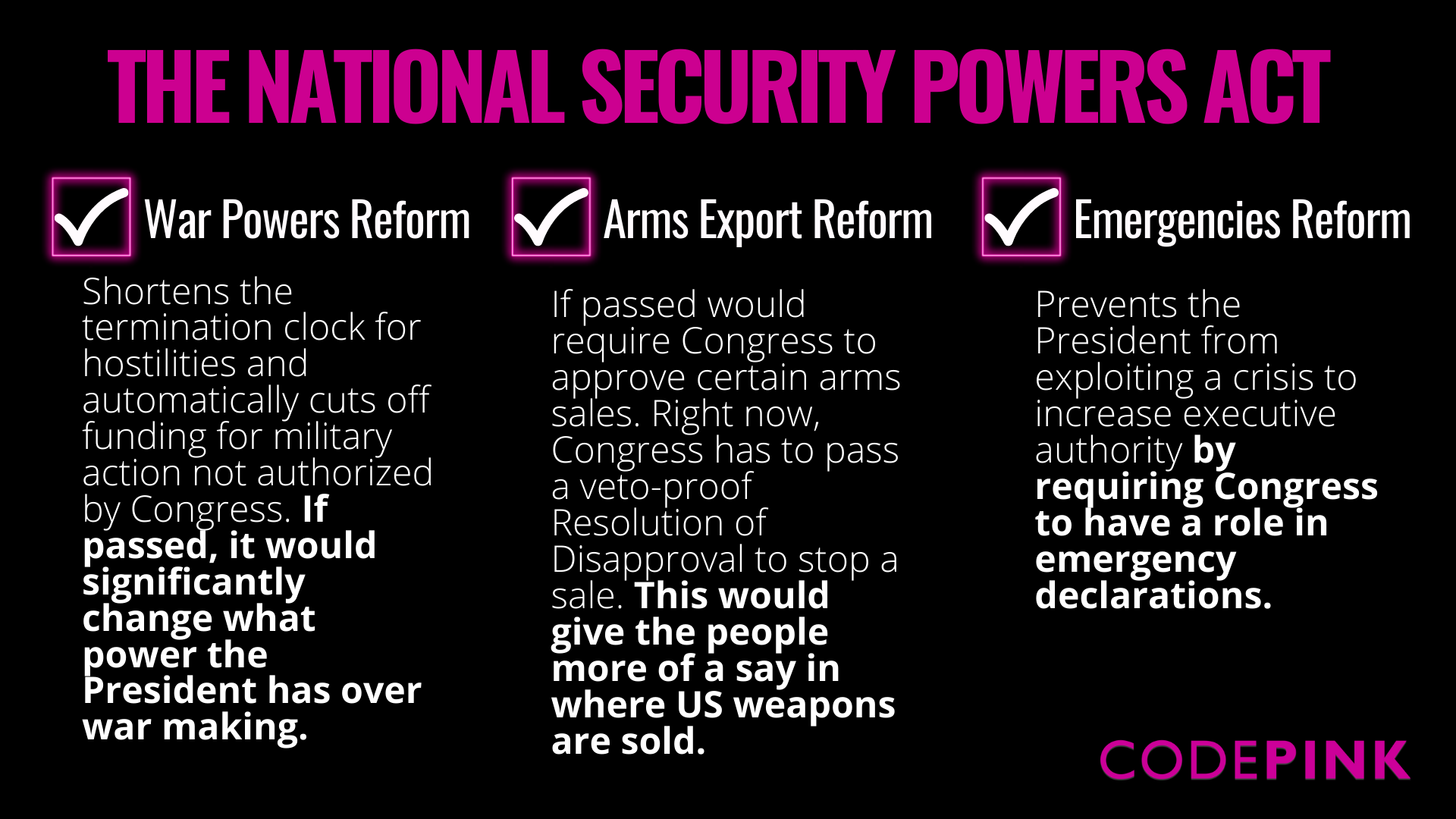 The National Security Powers Act, introduced by Senators Sanders, Lee, and Murphy, restores Congressional authority for the Use of Military Force, Emergency Powers, and Arms Exports by Cutting Off Funding for Activities Lacking Authorization.

This legislation is an important step toward reasserting Congress’s constitutional power over the use of military force in our foreign policy.

You can read the full text of the bill here.