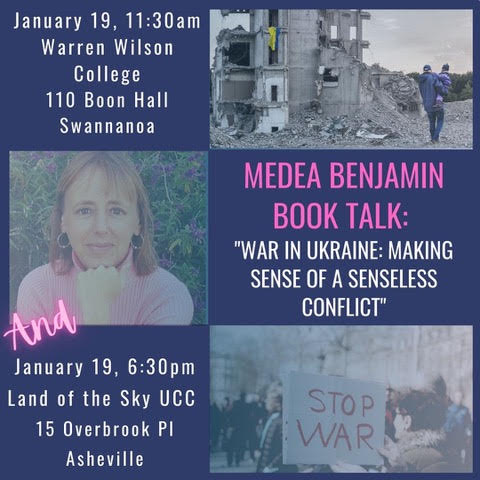 Medea Benjamin will be speaking at Warren Wilson College about her new book War in Ukraine: Making Sense of a Senseless Conflict. Time and address are subject to change - stay tuned for more updates!