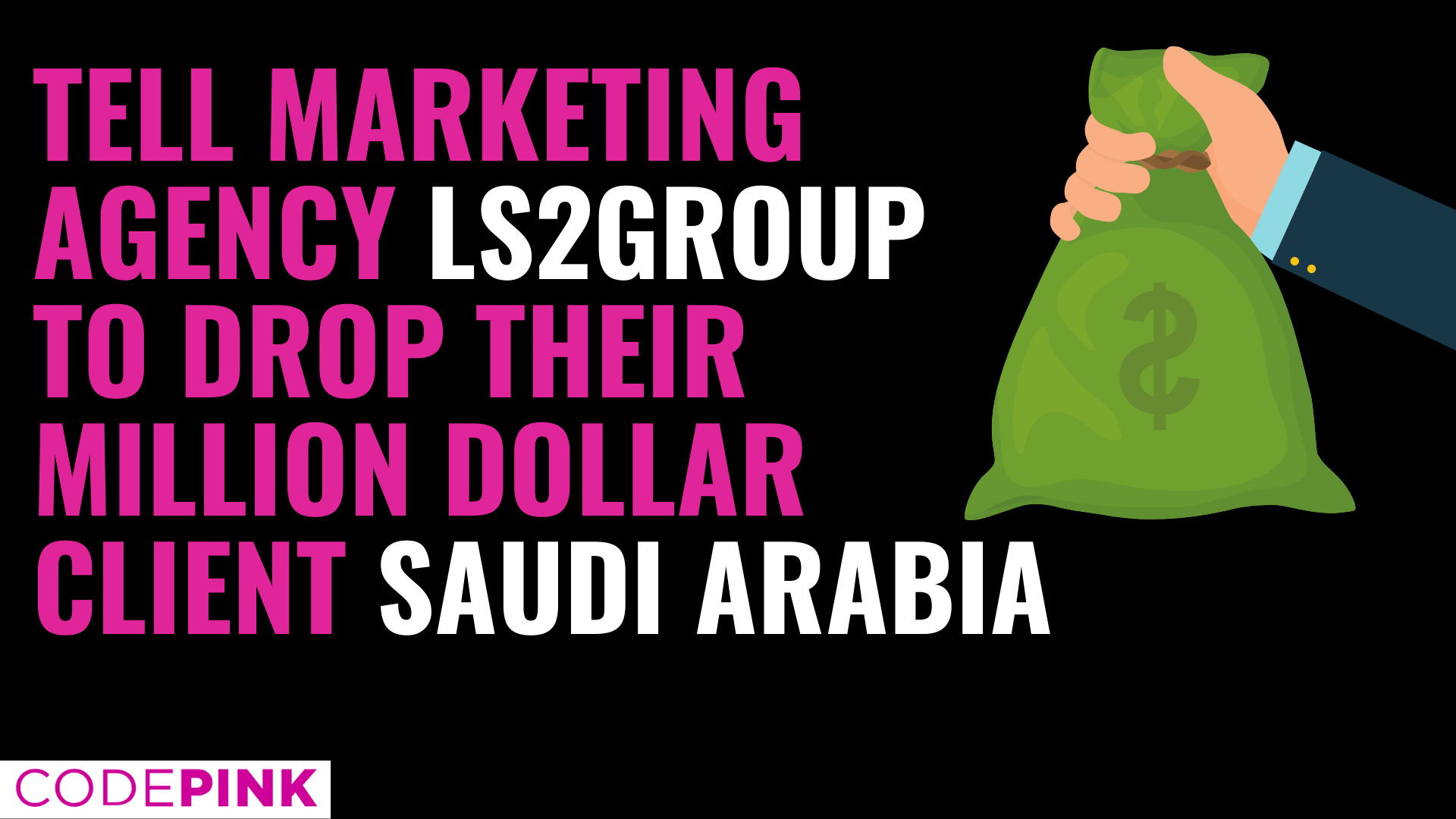 Add your name to the petition to tell the Des Moines-based marketing agency LS2group to drop their million-dollar client, the government of Saudi Arabia!

Recently, USA Today published an article regarding Saudi Arabia’s new public relations strategy. In the wake of the Jamal Khashoggi murder, the government of Saudi Arabia had to find new ways to appeal to the American public. In the USA Today article, LS2group was referred to as the “main lobbying firm” behind this new PR angle. We, the undersigned, are asking that you drop the Embassy of Saudi Arabia as a client on the basis of the Kindgom’s horrendous human rights record. Surely the agency’s association with war criminals and murderers would be more costly in the long run than dropping a $1 million per year client like the Saudi government. We outline our top concerns below:

Detention of Women’s Rights Activists: Though LS2group is being bankrolled to show Middle America how Saudi Arabia is supposedly the Arab world’s leader in women’s rights, that is far from the truth. Saudi leaders have imprisoned feminist activists for calling for the same reforms the kingdom and MBS so publicly tout as public advancements in support of women’s rights. For example, Saudi women’s rights activist Loujain AlHathloul has been imprisoned in Saudi Arabia since May 2018 in retribution for her campaigning (successfully) for women to secure the right to drive in the Kingdom. Following her arrest, Loujain endured waterboarding, electroshock, beatings, sexual assault, and more. In 2019, she was offered release in exchange for making a video claiming that she had not been tortured. She refused and remained in prison. Her case was moved to a terrorism court after nearly three years in pre-trial detention and Loujain was sentenced on 28 December 2020 to 5 years and 8 months in prison. Her sentence was recently suspended, allowing for her release, but she is not allowed to leave Saudi Arabia for another five years for the crime of pushing for women’s rights. Women’s rights activist Samar Badawi is still in prison for pushing against the male guardianship system.

The Male Guardianship System: On August 1, 2019, Saudi Arabia announced with great fanfare that it would be abolishing a part of their male guardianship system by granting women over the age of 20 the right to obtain passports and travel, report births and deaths, and obtain family identification cards without the need for male authorization. While this was rightfully applauded, it certainly was a low bar in terms of women’s rights. And Saudi Arabia did not abolish their entire oppressive male guardianship system. Saudi women still:

The war on Yemen: As peace activists, we know the cost of war. Saudi Arabia’s leaders might be touting their advancements of women’s rights in their own country, but what about the rights of women in Yemen who are under constant Saudi bombardment? For the past six years, women in Yemen have suffered at the hands of Saudi intervention in their country, and these women should not be forgotten about. One of the cornerstones of human rights, and therefore women’s rights, is the freedom of movement. The six-year-long blockade on Yemen has limited mobility and increased hardship. This brutal war, led by Crown Prince Mohammed bin Salman of Saudi Arabia, is starving almost twenty million people in the worst humanitarian crisis on the planet.

A pamphlet put out by your company describes Saudi Arabia as a country that has made “great progress in the area of women and sports,” including the licensing of women’s gyms, physical education in schools, and women being given access to stadiums. Throughout the pamphlet are images of women running and cycling, looking carefree and empowered. While any advancements towards equality are applauded, framing Saudi Arabia in the way LS2group chose to in that pamphlet greatly undermines the struggles that Saudi women’s rights defenders are still grappling with today.

Please consider the issues we have outlined and drop the Saudi government as a client.