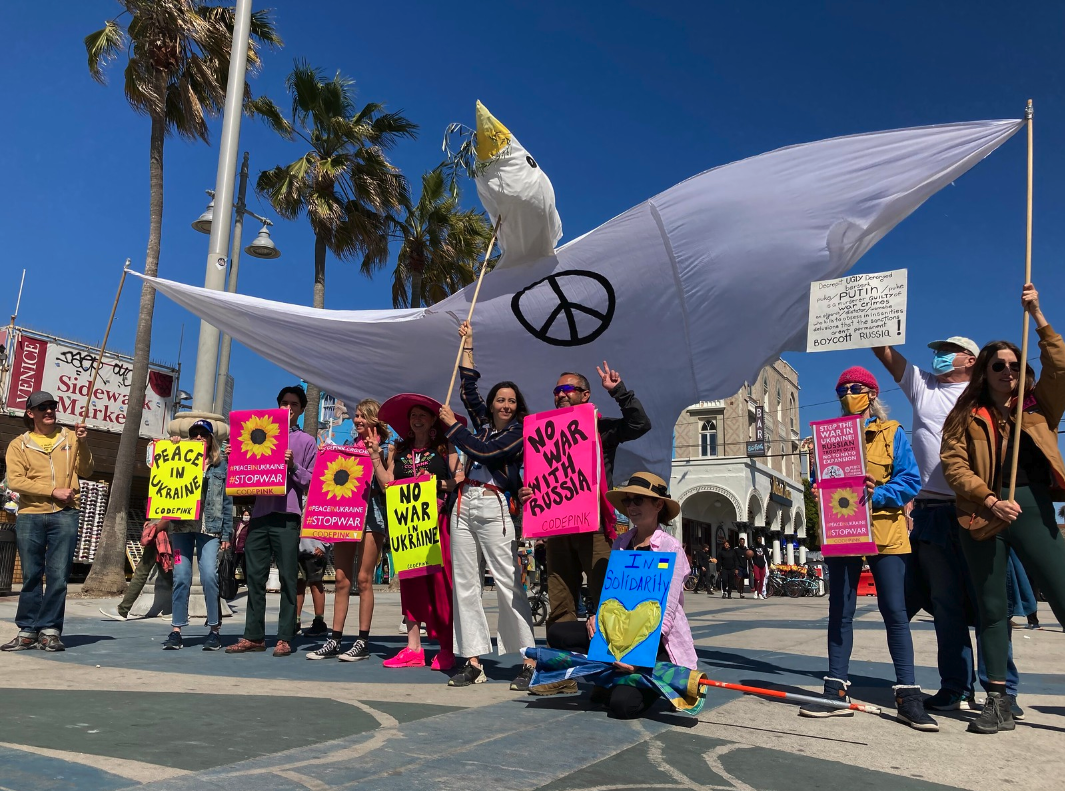 Rally and peace walk with CODEPINK on Venice Beach Sunday, November 6, as we edge closer to the brink of nuclear war!

The war in Ukraine is a disaster for the people of Ukraine and a terrible threat to us all, including increasing the danger of nuclear war. We oppose the Russian invasion and call for the immediate withdrawal of all Russian troops. We recognize that the expansion of NATO and the aggressive approach of Western nations have helped cause the crisis and we demand an end to NATO expansion. We also oppose sanctions that will harm ordinary Russians and call on all countries to welcome refugees fleeing the war.

CEASEFIRE Now.
DO NOT RISK NUCLEAR WAR!
DIPLOMACY to End the War in Ukraine.
$$$ for Climate, Jobs, Healthcare, & Housing.
NOT Weapons for Endless War

Join us in Venice Beach as we organize amongst peace-loving people to say No to War in Ukraine; Yes to Negotiations and Peace.

For more information on how to take action: Tell Congress No More Escalation