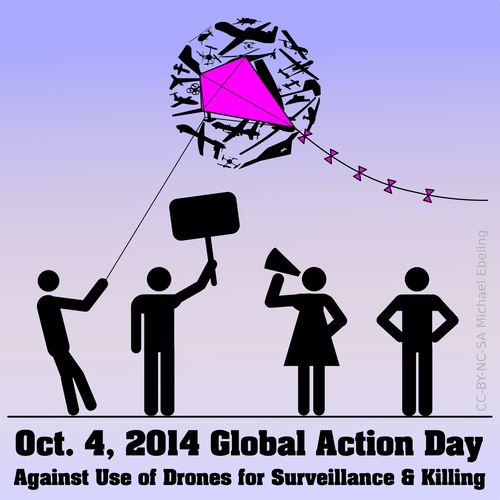 Join us for a freeway banner drop opposing the use of drones.  We will protest during rush hour on Friday.  Meet at the Albertsons parking lot and walk to the freeway overpass on Palms Blvd.

As global citizens who believe in justice and the rule of law, we oppose weaponized and surveillance drones because their deployment:

We demand that all governments cease the production and acquisition of armed drones, as well as their research and development, and work towards a worldwide ban of these weapons.

We further demand that our governments prohibit the use of drones for surveillance and prohibit using space satellites, ground stations, and military bases to enable drone surveillance and to trigger drone killings.

We call on people all over the world to join us in the Global Day of Action on October 4.