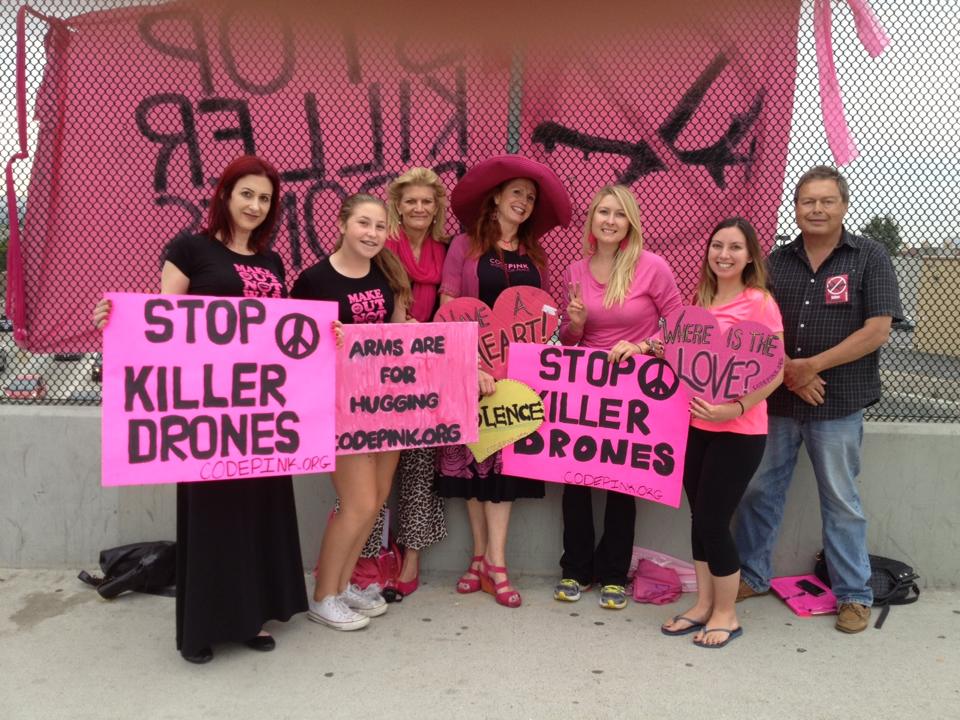 Join us for a freeway banner drop opposing the use of drones. We will protest during rush hour on Friday. Meet at the Albertsons parking lot and walk to the freeway overpass on Palms Blvd.

As global citizens who believe in justice and the rule of law, we oppose weaponized and surveillance drones because their deployment:
Violates democratic rights of freedom of speech and assembly and the right not to be unreasonably searched, is used for extrajudicial "targeted" killings based merely on suspicion -- murders -- even of children inside and outside of war zones, terrorizes populations in targeted territories, thereby fueling hatred and increasing the cycle of violence, lowers the threshold to war and initiates a new round in the arms race, leads to the development of autonomous killer robots, thereby making even more horrifying wars likely.

We demand that all governments cease the production and acquisition of armed drones, as well as their research and development, and work towards a worldwide ban of these weapons.

We further demand that our governments prohibit the use of drones for surveillance and prohibit using space satellites, ground stations, and military bases to enable drone surveillance and to trigger drone killings.

We call on people all over the world to join us in the Global Day of Action.