Tell the 2020 presidential candidates, the US must reenter the Iran nuclear deal! 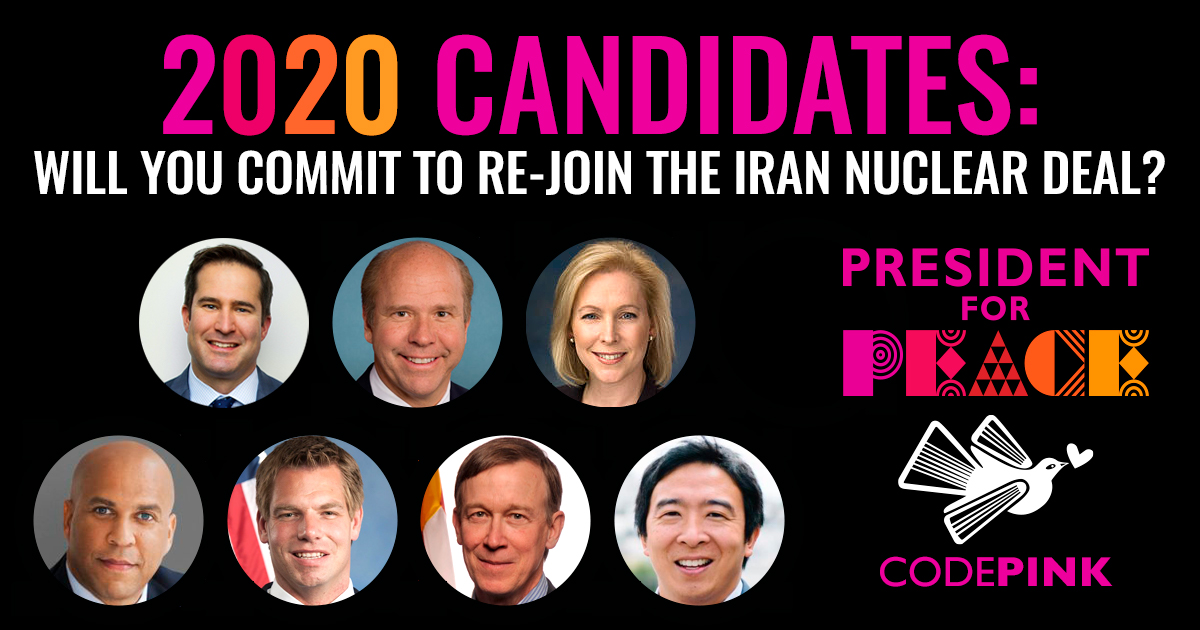 President Trump and his failed approach to Iran is leading us to a potential war with Iran. Sign our petition to call on the 2020 Presidential candidates to speak out against his belligerent policies towards Iran by adding to their platform the position that the US should rejoin the Iran Nuclear Deal.

President Trump and his administration are leading us into a disastrous war with Iran. Withdrawing from the Iran Nuclear Deal, imposing some of the harshest sanctions ever on Iran, and surrounding himself with anti-Iran advisors makes it clear that military intervention with Iran is on the table. We are calling on you as a 2020 Presidential candidate to take a stance in your presidential platform that it is in the best interest for US security and for the Iranian people, i.e. that the US should rejoin the Iran nuclear deal.

Our European allies are committed to the Iran Nuclear Agreement and Trump’s own intelligence officials have confirmed that Iran has not violated the deal. It’s time for the US to support diplomacy and dialogue with Iran and re-enter the Iran Nuclear Deal.

Please make it clear that you side with diplomacy with Iran, not war.