Troops out of Afghanistan!

Troops out of Afghanistan! 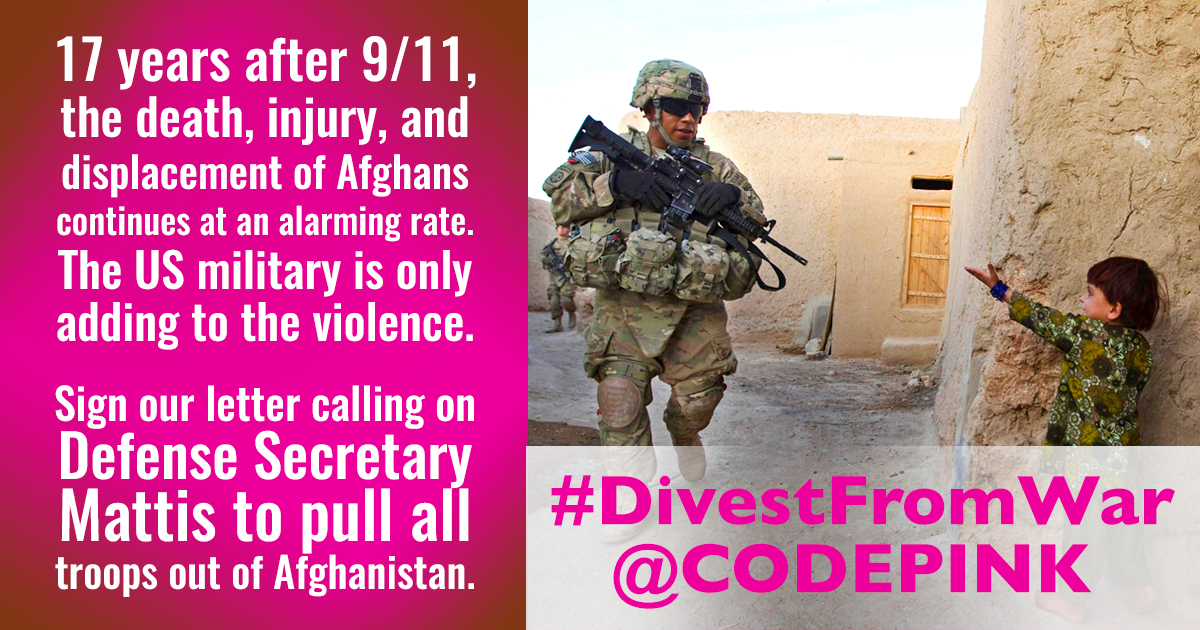 Tell Secretary Mattis to remove all troops from Afghanistan:

Over the past 17 years, Afghanistan has continued its descent into poverty, violence, environmental degradation, and instability. The United States is spending $4 million an hour on planes, drones, bombs, guns, and over-priced contractors in a country that needs food and agricultural equipment, much of which could be provided by U.S. businesses. The Cost of Wars Project at Brown University estimates that the US has spent $2 trillion in Afghanistan, with nothing to show for it except the death of U.S. soldiers, and the death, injury and displacement of millions of Afghans.

The time has come to try a different approach. The Afghans themselves have to determine their future, and will only be able to do so once there is an end to foreign intervention.

We urge you to turn the page on this catastrophic military intervention. Bring all U.S. troops home from Afghanistan. Instead, for a fraction of the cost of our military occupation, we could help the Afghans with food, shelter, and agricultural equipment.