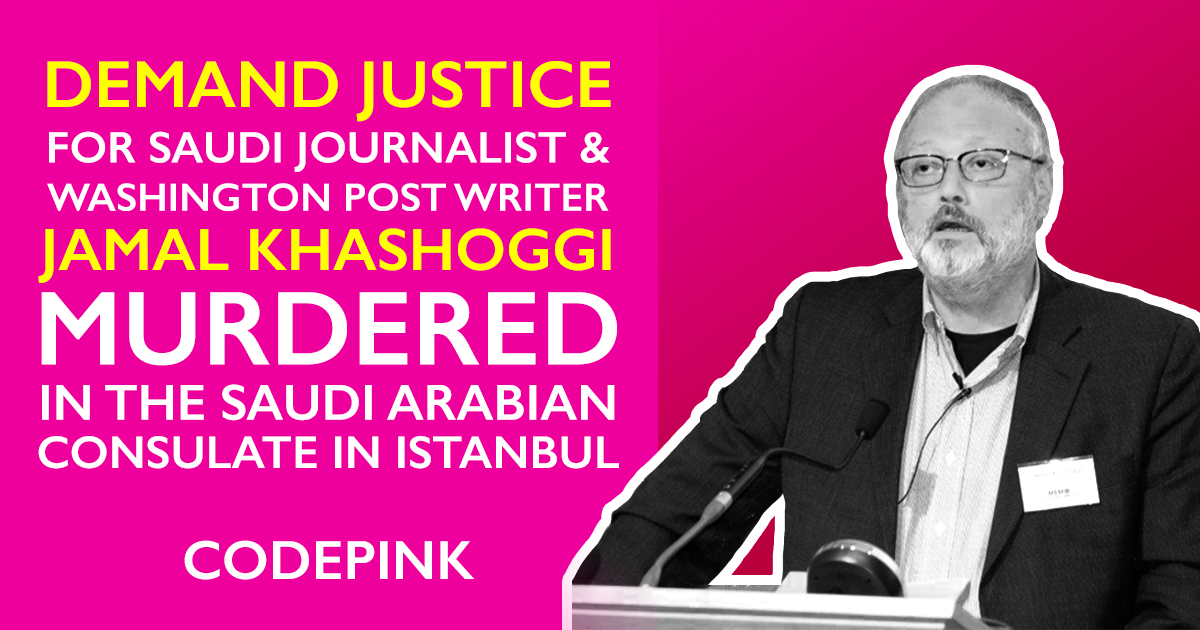 On October 2, prominent Washington Post journalist Jamal Khashoggi walked into the Saudi embassy in Turkey to obtain paperwork for his marriage. Little did he know that he would never get out alive. Join our demand to the U.S. State Department: If the Saudi government was behind Jamal’s murder, the U.S. must recall its senior official to Saudi Arabia (there is no U.S. ambassador to Saudi Arabia) and take immediate measures to sanction the Saudi regime.

It is unacceptable that you have remained quiet about the murder of prominent Washington Post journalist Jamal Khashoggi. From the war on Yemen to the imprisoning of women activists, Saudi Arabia is a persistent and vile perpetrator of human rights abuses. Now it appears that they have carried out the cold-blooded murder of a journalist who wrote for a leading U.S. paper and was a US resident.

If it is verified by investigators in Turkey that Jamal was murdered by the government of Saudi Arabia, you must take immediate action to recall our senior official to Saudi Arabia and place sanctions on the Saudi government.

No country that commits egregious human rights abuses and murders journalists should receive special status and friendship from the U.S. You must demand answers and hold Saudi Arabia accountable.