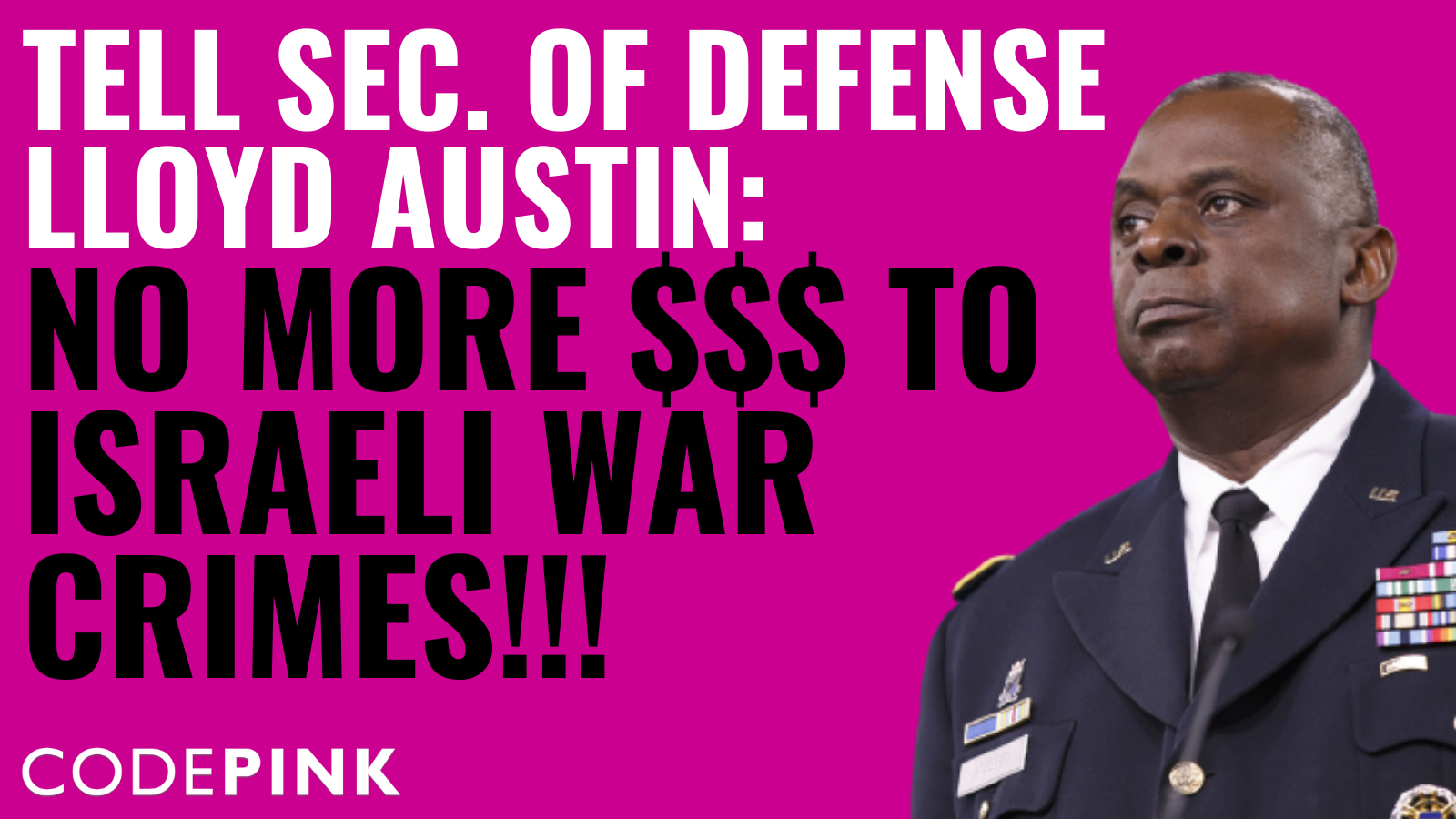 Benny Gantz is in DC demanding that the US gives Israel $1 billion in emergency military "aid". Tell General Lloyd Austin that we don't want anymore money being sent to fund apartheid!

We, the undersigned are demanding that the Pentagon denies Israel of the $1 billion that Israeli Defense Minister Benny Gantz is asking for. Gantz arrived in Washington, DC on Thursday, June 3rd with the intention of requesting $1 billion in additional “emergency” aid for replenishing the Iron Dome and purchasing precision-guided weapons. We are asking that you not allocate another dime to Israel.

Already, the United States gives Israel $3.8 billion annually in military “aid,” money the Israeli government uses to buy US weapons that are used to kill or harm Palestinians. An extra billion dollars in taxpayer money is abhorrent, and our tax dollars could be used better elsewhere.

The Foreign Assistance Act, one of the cornerstone bills governing weapons sales in the United States, says that US weapons may not be used for humanitarian violations in Section 502b. Videos from Gaza and human rights reports from groups like Human Rights Watch and B’Tselem prove that the Israeli government is committing human rights violations against Palestinians. According to our own law, we should not be selling any more weapons to Israel.

We believe that it is imperative for the United States to stop enabling an apartheid state such as Israel. After the most recent assault on Gaza, and assaults in the past, it is clear as day what our hard earned tax dollars are used for when we give Israel billions in military funding. We believe that sending Israel an extra $1 billion is a waste of our resources and will only go to further harm Palestinians.