A Conversation About Iran 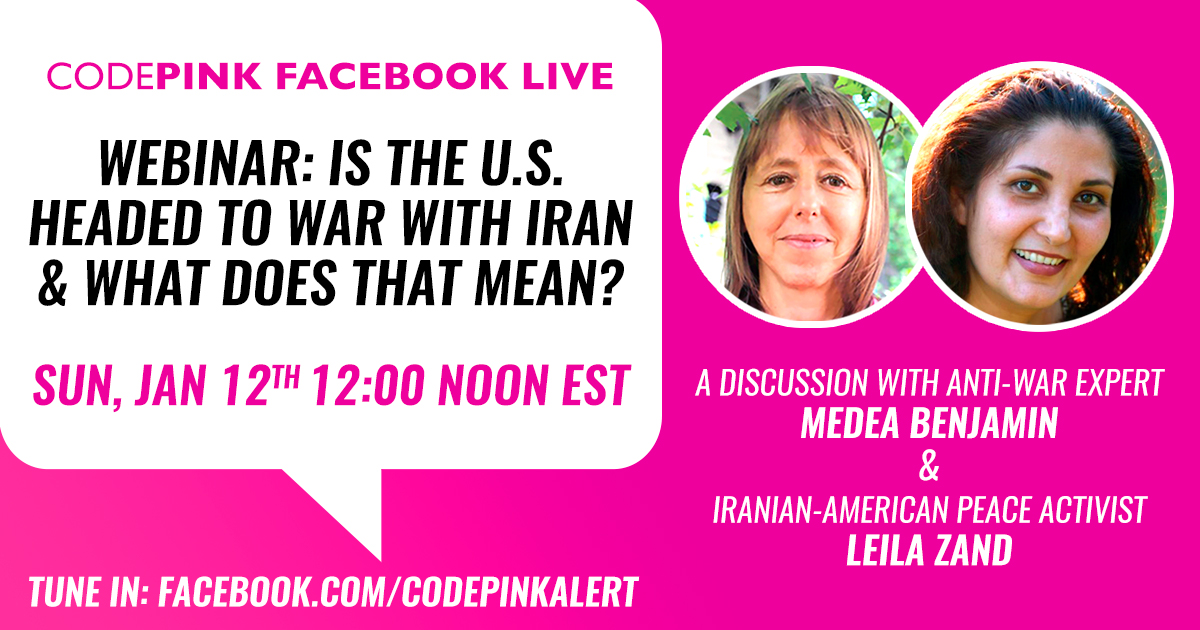 Join us for a conversation between Medea Benjamin, author of Inside Iran: the Real History and Politics of the Islamic Republic of Iran and Iranian-American Peace activist Leila Zand.

What is happening, how did we get here, how are Iranian-Americans feeling, and what can you do?

Please RSVP to receive log in information for the webinar!