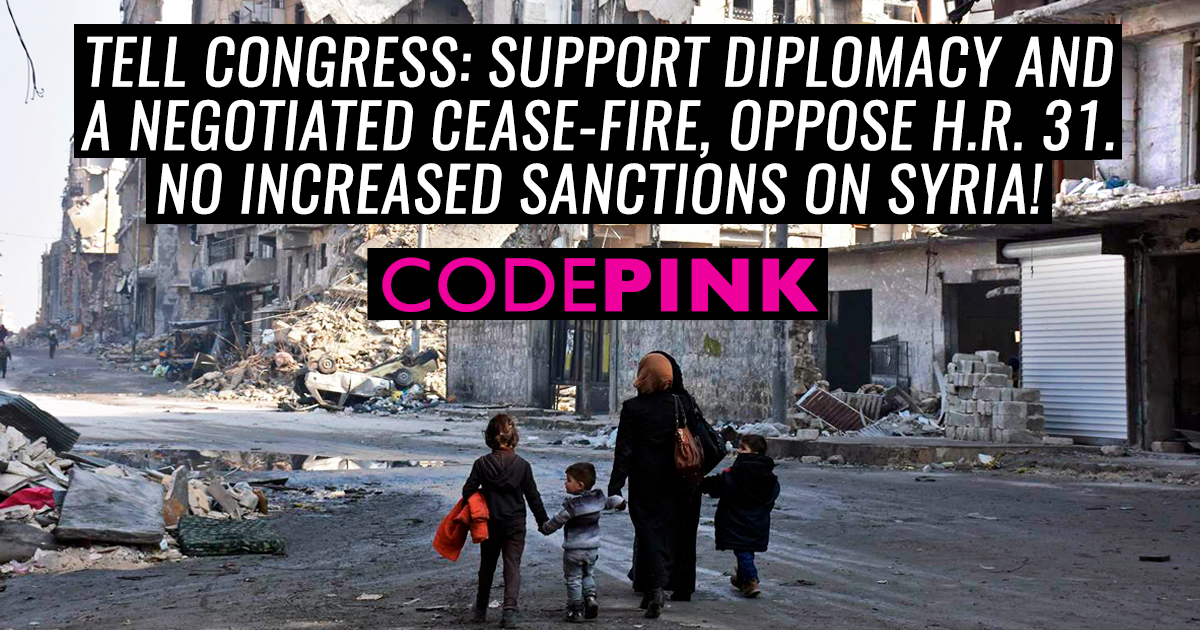 Ever since Trump announced US withdrawal from Syria, the forces of war have been having a temper tantrum, trying to reverse the decision. Their latest attempt is H.R. 31, legislation that would impose new levels of sanctions on Syria with unrealistic conditions that would have to be met before the penalties could be suspended.