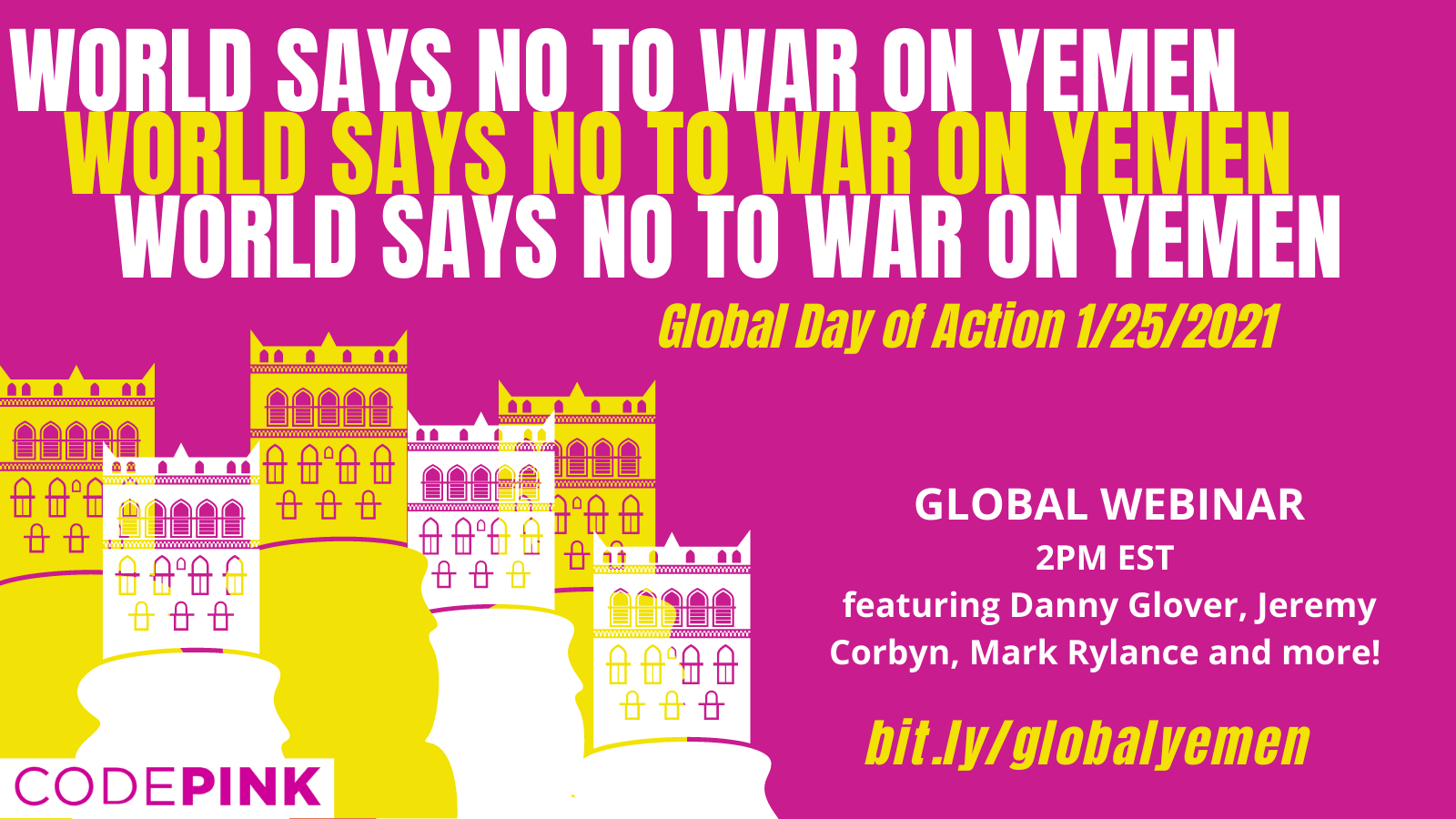 CODEPINK is hosting a global webinar with Action Corps, Stop the War UK, and Yemeni Alliance Committee. We will be hearing from Danny Glover, Jeremy Corbyn, and several more surprise and amazing guest speakers. Our speakers will be discussing the crisis in Yemen and actions that can be taken to stop the war. Our demands for the day of action are: