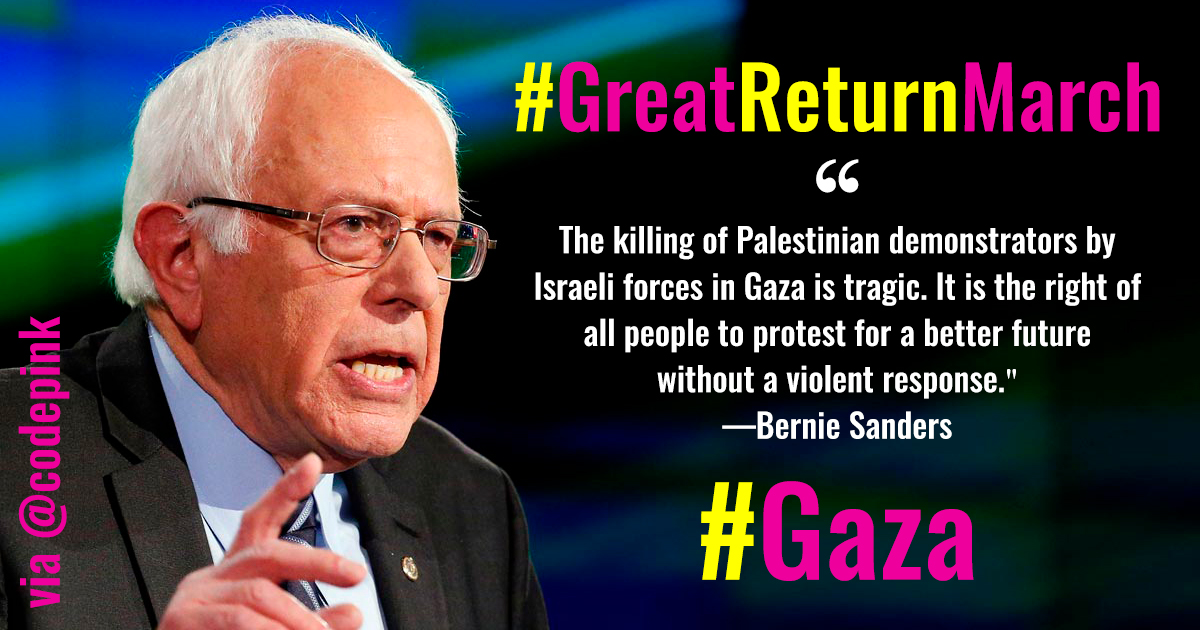 On Monday, March 14, Israeli snipers opened fire on unarmed Palestinian protesters in Gaza. At least 52 were killed and over 750 injured from the live fire, which used expanding bullets that collapse bone upon impact. The Israelis also used drones to drench the protesters with tear gas.

Since March 30, Palestinians in Gaza have been peacefully protesting for an end to the 11-year-long siege and the right to return to the lands and villages they were displaced from in 1948. Israel has responded with lethal force, killing over 90 protesters since the start of the demonstrations.

Congress must condemn Israel’s massacres, reaffirm the right of all people to gather in peaceful protest, and demand an end to the siege of Gaza.