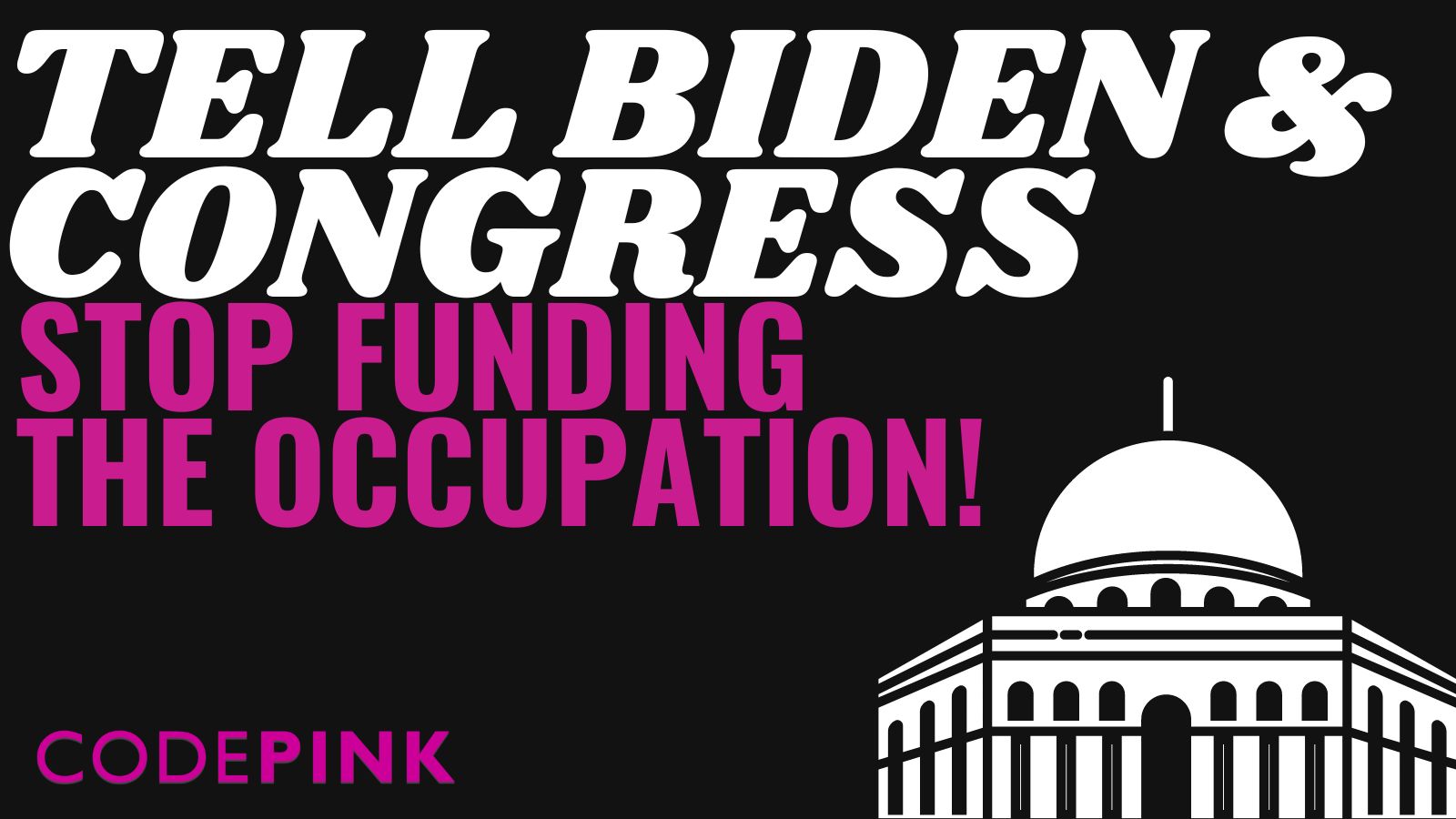 The Israeli Occupation Forces bombed Gaza last week. Join the global call on the U.S. to stop funding the ethnic cleansing of Palestine!

The events that transpired in Gaza last week make one thing clear: US taxpayer dollars that go to Israel in the form of $3.8 billion in military “aid” are being used to further harm and kill Palestinians. We, the undersigned, are demanding that the United States stops funding Israeli war crimes and human rights abuses and halt all weapons sales to the occupation.

Your administration insists that it cares deeply about human rights around the globe, yet you refuse to hold Israeli occupation accountable for its daily human rights abuses.

The slaughter and daily assault on Palestinian human rights being carried out by Israel is an unacceptable use of US taxpayer dollars. We demand an end to U.S. collaboration in the ethnic cleansing of Palestine.

US Members of Congress like Representatives Betty McCollum, Chuy Garcia, Marie Newman, Rashida Tlaib and several others have called for the conditioning of aid to Israel. The concept of revoking or halting aid is not new, and it is supported by many lawmakers and their constituents. We call on Congress to suspend all aid and block any weapons sale that gets announced to the occupation.

US taxpayers pay Israel over 10 million dollars a day, and Israel uses that money to inflict violence all over Palestine. We call you to halt this “aid” and demand that Israel stop its assault on Gaza, its evictions in East Jerusalem, and its attacks on Al-Aqsa. We demand that not one more tax payer dollar gets sent to fund apartheid and anti-Palestinian violence. We look forward to seeing how you will carry out these demands.