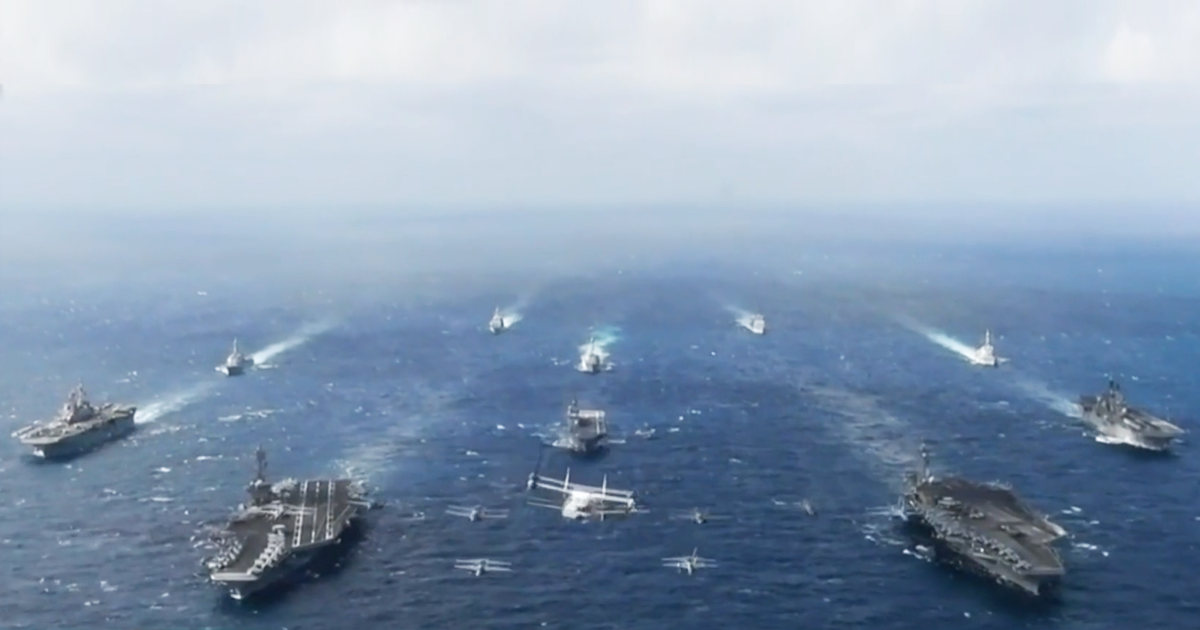 We’ve seen this before.  The U.S. creates a situation, digs in its heels and makes ultimatums—and tens of thousands die.

I resigned from the U.S. government in 2003 in opposition to another war-President Bush’s war on Iraq in which followed that war playbook.

We’ve seen it in Afghanistan and Iraq and now it may be over Ukraine or Taiwan, and oh yes, let’s not forget multiple missile tests from North Korea, ISIS fighters rioting and escaping from prisons in Syria, the millions in Afghanistan who are starving and freezing after the U.S. chaotic withdrawal and refusal to unlock Afghanistan’s frozen financial assets.

Add to these dangers,  the emotional and physical damage done to the U.S. military’s own military forces by the poisoning of the drinking water of 93,000 persons, mostly the families of U.S. Navy and Air Force personnel in the Indo-Pacific command in Hawaii, from an 80-year-old leaking jet fuel tanks that have leaked into drinking water wells that, despite warnings over a 20 year period, the U.S Navy has refused to shut down,  and you have a military that is stretched to a dangerous point.

Instead of slowing down and backing off, the Biden administration led by a very aggressive Secretary of State Antony Blinken and a go-along Secretary of Defense Lloyd Austin, and President Biden seems to have given a dangerous green light to escalation on all fronts at the same time.

While U.S. war mongering has hit a speed button on steroids, both Russia and China are calling the diplomatic and military hands of the United States at the same time.

On the other side of the world, in Asia- Pacific region, President Xi of China is responding to the U.S. “Pivot to Asia” that has thrown out the 50-year U.S. policy of diplomatic recognition of the People’s Republic of China and yet continuing, but not publicizing, economic and military support of Taiwan.  The “One-China” policy was begun decades ago in the 1970s under the Nixon administration.

The U.S. “Pivot to Asia” began after withdrawal of U.S. forces from Iraq and a drawdown of U.S. military from Afghanistan, when the Obama administration needed another military confrontation for the appetite of the U.S. military offense (not defense) corporations.

The innocuous sounding “Freedom of Navigation” naval missions to stake out U.S. domination of the South China Sea have morphed into a NATO naval mission with ships from the United Kingdom and France joining the U.S. armada in China’s seaside front yard.

U.S. diplomatic missions to Taiwan that had not happened in 50 years began under the Trump administration and now have the highest-ranking U.S. government officials in five decades making highly publicized trips to Taiwan as a stick to poke in the eye of the Chinese government.

The Chinese government has responded to the U.S. actions in the South China Sea by constructing a series of military installations on small atolls in a line of defense and sending its own naval vessels into its own coastal waters.  China addressed increased U.S. military equipment sales to Taiwan and the U.S. publicity of its deployment of U.S. military training personnel to Taiwan by sending fleets of up to 40 military aircraft at a time the short 20 miles across the Straits of Taiwan from the mainland of China to the edge of the Taiwan air defense zone forcing the Taiwanese Air Force to activate its air defense system.

Back to the other side of the world, after orchestrating and supporting a coup in Ukraine in 2013 (remember Victoria Nuland, now State Department’s Under Secretary for Policy, who 7 years ago as an Assistant Secretary of State for European Affairs) identified the U.S. sponsored Ukrainian coup leader “Yats is our man.” The U.S. sponsored coup in Ukraine precipitated the vote of the residents of Crimea that invited the Russian Federation to annex Crimea.

68 years ago in 1954, Soviet Premier and ethnic Ukrainian Nikita Khrushchev transferred control of Crimea to the Ukraine, on the 300th anniversary of Russian-Ukrainian unification.

After the dissolution of the Soviet Union, Russia and Ukraine signed three agreements in 1997 governing the status of the Black Sea Fleet. The fleet was divided between Kyiv and Moscow. Russia received more of the warships and paid Ukraine's cash-strapped government $526 million in compensation. In exchange, Kyiv also agreed to lease Crimean naval facilities to the Russian portion of the fleet for $97 million annually under a lease that was renewed in 2010 and expires in 2042.

Additionally, under the agreements, Russia was allowed to station a maximum of 25,000 troops, 132 armored combat vehicles and 24 pieces of artillery at its military facilities in Crimea.  As a part of these agreements, Russian military forces were required to "respect the sovereignty of Ukraine, honor its legislation and preclude interference in the internal affairs of Ukraine."

The U.S. and NATO countries responded with strong sanctions to the Crimea annexation.  Even more sanctions have been placed on the Russian Federation over the separatist movement in the Dombass eastern area of Ukraine by ethnic Russians who feel their heritage is not respected by the Ukrainian government including stopping teaching of Russian in schools and lack of resources for their region, the same complaints that residents of Crimea had.

The Russian Federation maintains that no Russian soldiers are a part of the separatist movement, which I suspect, mirrors claims that the U.S. has made during its support of groups throughout the world.

125,000 Russian military personnel have been deployed on the border of Ukraine in a move by Russian Federation as a part of its very public demand that NATO not recruit membership of Ukraine.  Russia has complained for decades that the agreement of President George H.W. Bush and Russian President Gorbahev that NATO would not allow former Warsaw Pact countries that neighbor Russian into NATO has been violated with the admittance In 1999 Poland, the Czech Republic, and Hungary, and in 2004 Romania, Bulgaria , Slovakia, Slovenia, and the Baltic countries of Latvia, Estonia and Lithuania joined NATO.  The most recent member states to be added to NATO are Montenegro in 2017 and North Macedonia in 2020.

Only Belarus, Ukraine, Bosnia and Herzegovina, Georgia and Serbia of the former Warsaw Pact countries are NOT members of NATO.

Not all members of NATO are onboard the U.S. confrontation with Russia. As 40 percent of the heating gas for Europe comes from Russia through Ukraine, European leaders are rightfully worried about a chilly local reaction when their homes get chilly without heat.

The U.S. has responded to the Russian demand that Ukraine not become a member of NATO with a strident NO,  has sent a dramatic and public increase in weapons to Ukraine and has put 8,500 U.S. military on high alert.

In the western Pacific, armadas confront each other, fleets of aircraft fly in close proximity and North Korea short-range missile testing continues.  Attempts at de-toxing the water supply of 93,000 families whose water was poisoned from an antiquated underground jet fuel storage tanks only 100 feet above the aquifer of Honolulu.

The U.S. politicians, think-tank pundits and government war makers have created a war atmosphere on many fronts.

The U.S. military is stretched to the point that the possibility, if not probability, of an incident/accident occurring that can set off a chain of events that will be disastrous for the world is explosively high.

We demand true discussion, dialogue, diplomacy on steroids instead of war-mongering to save the lives of the innocent civilians that are at stake around the world.

About the Author:  Ann Wright served 29 years in the U.S. Army/Army Reserves and retired as a Colonel.  She was also a U.S. diplomat and served in U.S. embassies in Nicaragua, Grenada, Somalia, Uzbekistan, Kyrgyzstan, Sierra Leone, Micronesia, Afghanistan and Mongolia.  She resigned from the U.S. government in 2003 in opposition to President Bush’s war on Iraq.  She is the co-author of “Dissent: Voices of Conscience.”