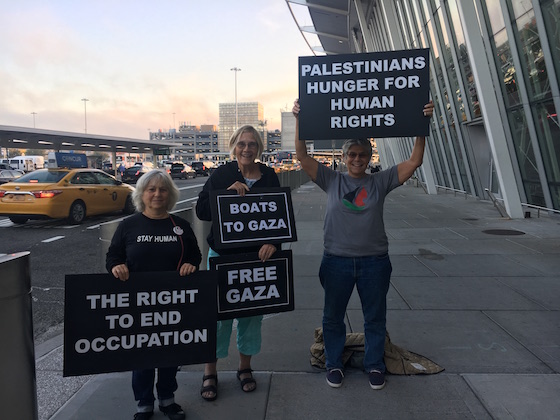 The people of Gaza are living under a crippling naval blockade that denies them access to fishing waters and basic necessities like medicine, food, and fuel. Over 50% of the population in Gaza is under the age of 18. They have been repeatedly subjected to brutal Israeli military assaults and reside in what can only be described as an open-air prison. As civil and human rights advocates, we ask that you stop enabling the blockade with US military assistance.