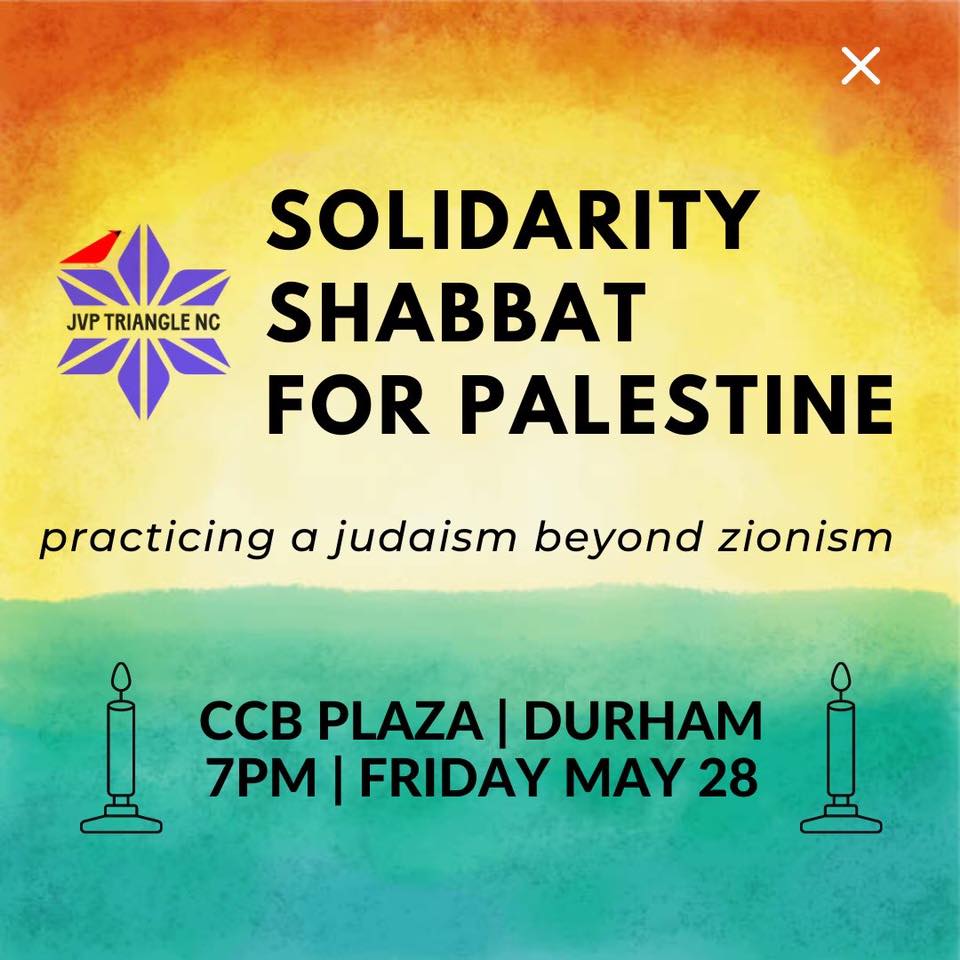 If you are outraged by what the Israeli government is continuing to do to Palestinians, join us this Friday at the Durham Bull for a Solidarity Shabbat rally.

Over the past few weeks, Israel has targeted Palestinian families, media outlets, schools, hospitals, and even Gaza’s only COVID test site. In the face of unimaginable violence, Palestinians across the world are rising up in unified resistance to ongoing Israeli apartheid. We are profoundly moved by their resistance and commit ourselves to standing with them with determination like never before.

Already, the tide is turning. Public opinion is on the side of freedom. Hundreds of thousands are taking to the streets. In the House and Senate, AOC and Bernie Sanders announced that they are introducing resolutions in Congress that would block the United States’ planned $735 million sale of bombs to Israel.

While a ceasefire was announced last week, we know that a ceasefire is not freedom. Just yesterday Israeli police announced that they arrest 500 Palestinian citizens of Israel in the next 48 hours as part of their “law and order” campaign. We are sitting with Mohammed El-Kurd's words: "just because there’s a ceasefire, doesn’t mean the death & destruction has ended, doesn’t mean the blockade is lifted, doesn’t mean those who lost their entire families will be rectified. We must continue our campaign to end the brutal siege." We keep escalating until Palestine is free. Join us on Friday for a Solidarity Shabbat rally as we continue to shut down the streets for Palestinian liberation.

As Jews, we must stand unequivocally with Palestinians their struggle for their homes, their land, and their lives.