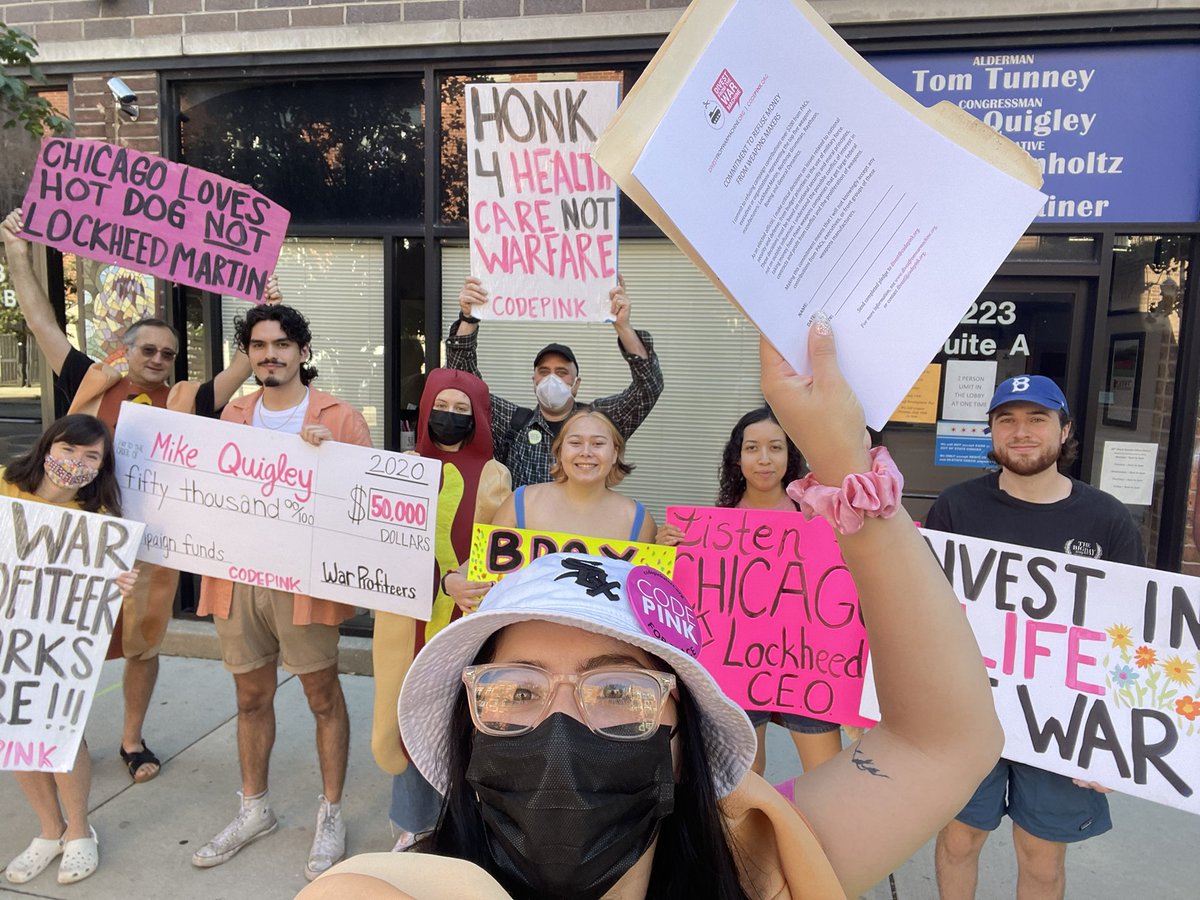 For the 2022 election cycle, Representative Mike Quigley has so far taken $20,500 in contributions from 4 of the top 5 weapons manufacturers. These mega corporations lobby our representatives to ensure more tax funding for the Pentagon, because more warfare = more profits for them! Rep. Quigley should be accountable to us—his constituents—NOT the top war profiteers of the arms industry.

Sign your name to urge Rep. Quigley to #DivestFromWar!

In the 2020 election cycle, you took about $50,000 in campaign contributions from top weapons manufacturers. For the 2022 cycle, you have taken $20,500 from 4 of the top 5 largest arms producing companies in the world: Lockheed Martin, General Dynamics, Boeing, and Raytheon.

This is unacceptable as these mega corporations reap enormous profits off war and genocide. Last year, Lockheed Martin—your top contributor and the number 1 largest arms producing company—received more than $36 billion in military contracts, which is an amount higher than the budgets of 22 U.S. states.

These companies receive so much in taxpayer dollars and government grants, subsidies, and loans that there is no incentive for them to curb expenditures. It is outrageous to know that our taxes have gone to wasteful expenditures and to fueling hyper-inflated CEO pay, when we could use that funding in our own communities for securing adequate health care, education, public infrastructure, and more.

Moreover, the top weapons manufacturers spend millions each year lobbying Congress to ensure our $700 billion+ military budget continues to climb. But in a democracy our representatives are supposed to be accountable to us, not corporate lobbyists.

I am urging you to sign the Divest from the War Machine Pledge which is in the possession of your Lakeview campaign office staff. Signing will mean your commitment to refusing campaign contributions from PACs, executives, or organizations representing the top five weapons manufacturers: Lockheed Martin, Northrop Grumman, Raytheon, Boeing, and General Dynamics.

Representative Quigley, we know that you are passionate about the environment, and a major step you can take for the environment is to divest from these corporations, whose weapons are a key factor to our military being one of the biggest polluters in the world.

We hope you will demonstrate your commitment to your constituents over defense contractor profits.