The United Nations was created to stop the scourge of war. Right now, we have the sordid spectacle of the highest level UN meetings taking place with a US President and the US Ambassador to the UN, Nikki Haley, bringing us to the brink of war with North Korea and threatening to disrupt the Iran nuclear deal.

With these critical UN meetings taking place, now is not the time to threaten North Korea and Iran, but to be a real diplomat and take us away from the brink of war. The diplomatic options with North Korea have certainly NOT been exhausted. There is a call of a “freeze for a freeze,” where the US and South Korea would freeze their provocative military exercises in exchange for North Korea freezing its nuclear and missile tests. This is a negotiating position you should support. We also call on you to be an advocate within the Trump administration to uphold the nuclear agreement we have already signed with Iran. 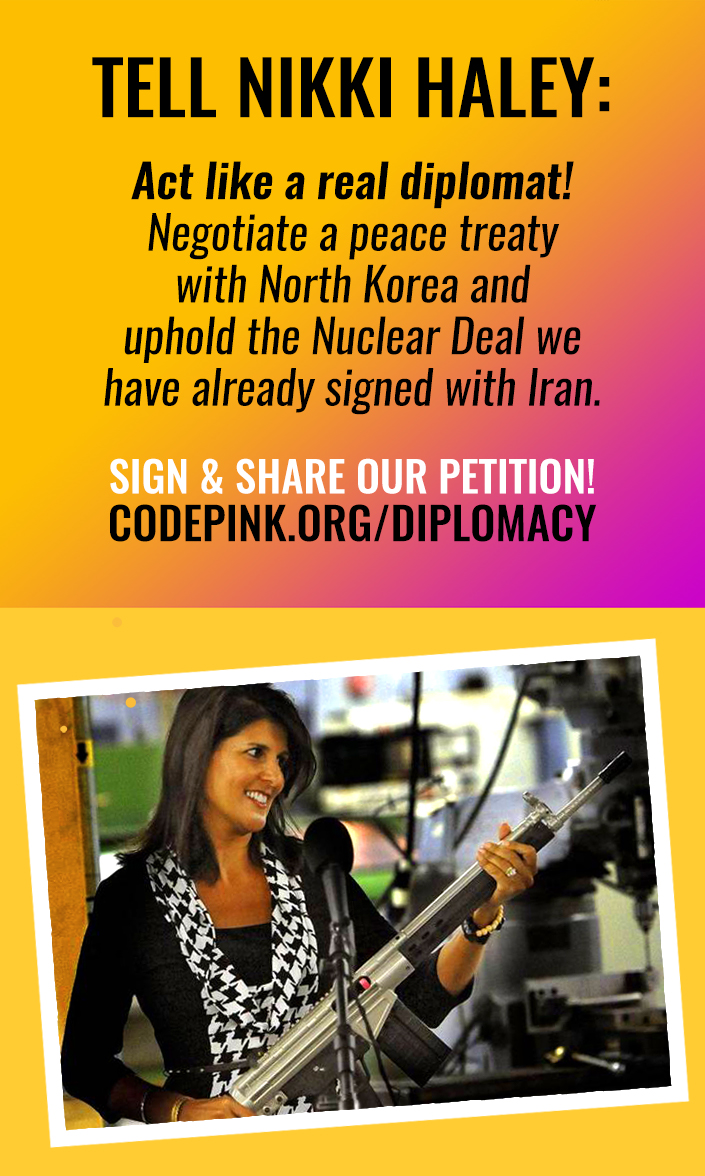