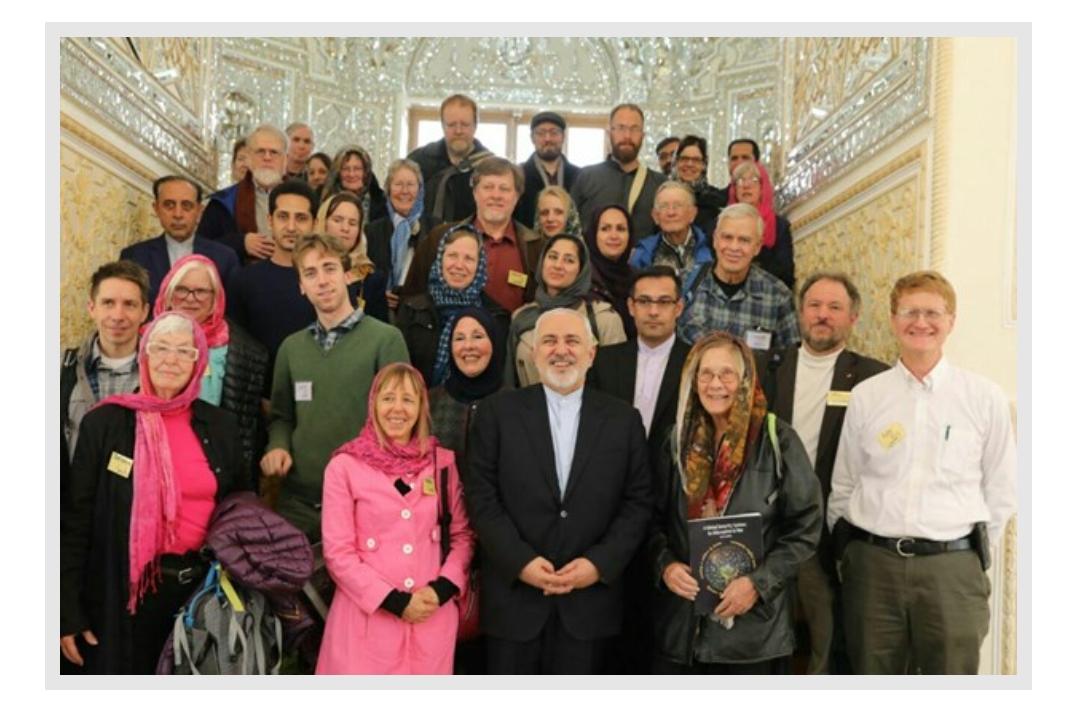 Today was our first day in Tehran as part of CODEPINK’s 2019 Iran delegation. Twenty-eight U.S. peace activists met with Iranian Foreign Minister Mohammad Javad Zarif, the negotiator of the 2015 Iran Nuclear Deal, before attending and participating in a televised panel discussion at Tehran University.

We learned of the planned meeting with Zarif at breakfast in the dining room of the Esteghlal hotel, a former Hilton set improbably close to the snow-and-cloud capped mountains bordering Tehran to the north. We were rather stunned by our good fortune.  Delegation organizer Medea Benjamin had encountered Zarif the previous day and he’d honored her past, present and anticipated future activism by offering us the meeting.

We piled into a tour bus to  Baq-e-Melli, Tehran’s National Garden, a series of traffic-free promenades, once a park, which houses the Foreign Ministry and several museums.  Waiting for our appointment we posed for photos before a wall of bas-relief Persian soldiers capped by an image of the Zoroastrian deity Ahura Mazda, described to us as a legendary human king of fabled piety.

Then it was time for our interview.  We waited in a small befountained courtyard and were directed in and up several flights of stairs, passing through a set of automated glass security doors without any fanfare or security ritual whatever – not a metal detector in sight – and through a capacious meeting room and suitably dazzling small atrium to the conference room where we waited.

Foreign Minister Zarif quickly arrived, flanked by several assistants and, joining us at the table, invited us to ask questions before answering with what became an hour long dissertation on his recollections and his opinion of modern Iranian relations with the West.

As a visitor here, attempting to convey my sense of the human worth of a people I’m hoping to spare from the unmerited, unprecedented devastation seemingly intended for them by my government, I’m obliged to respond to the stunning hospitality we’ve already received with courteous admiration.

It’s important for entirely other reasons, though, for me to note that we all found that hourlong dissertation stunningly cogent and riveting.  Not because I expected the celebrated Mr. Zarif to be a poor communicator, but because speaking for an isolated nation with few refuges aside from the moral high ground to fall back upon, Mr. Zarif could never have taken his work this far without being able to  commandeer in compelling detail the ethically relevant facts which seem all that Iran has on its side.

We’ll have transcriptions of this speech later. He argued persuasively that the United States couldn’t be opposed to Iran for any of the reasons it routinely gives for its hostile stance, particularly given the comparatively far vaster human rights violations and regional military activity of close U.S. ally Saudi Arabia, to whom even a U.S. release of nuclear technology is being considered. 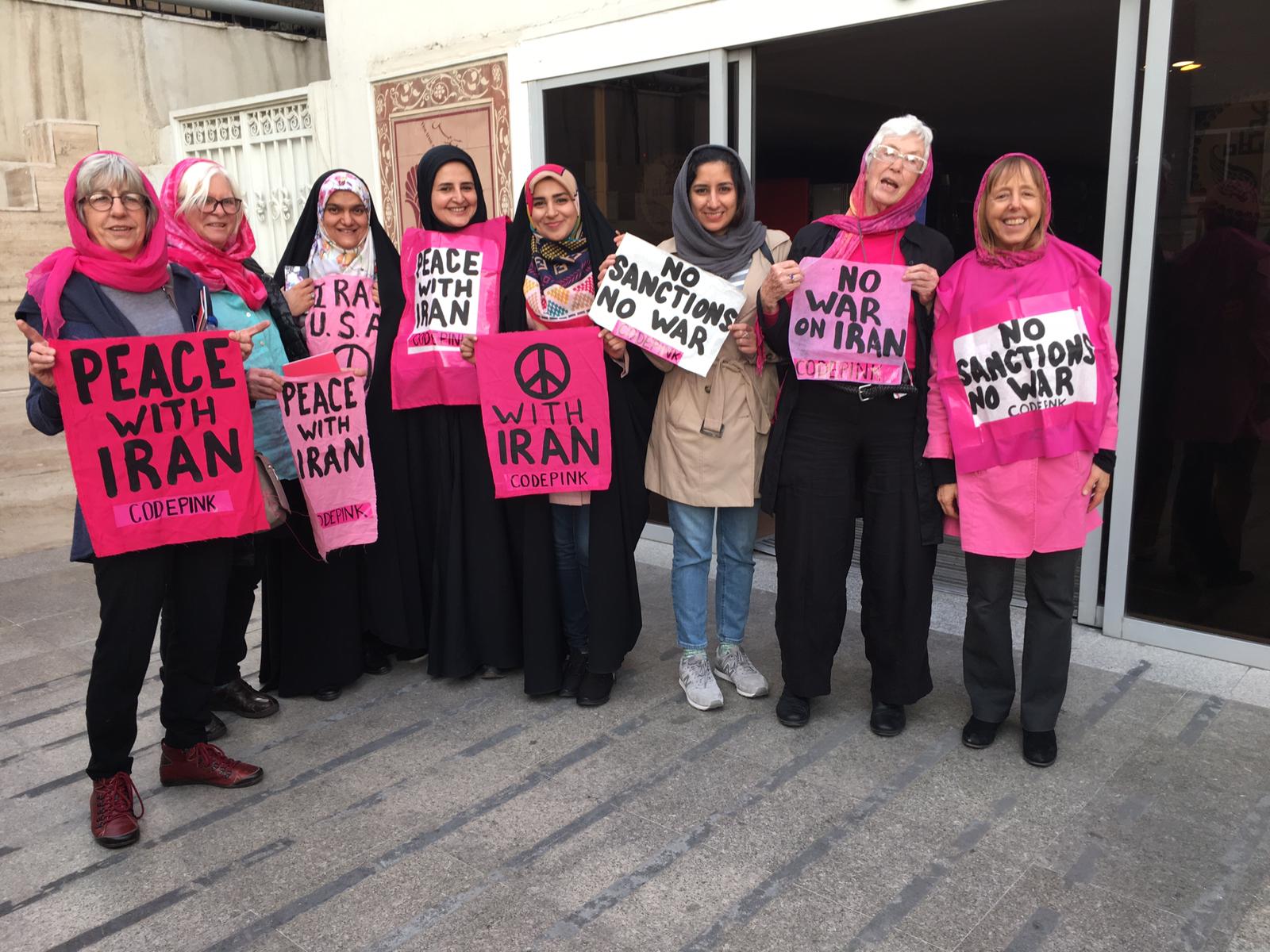 With the U.S. discarding such a painstakingly negotiated compromise as the Iran Nuclear Deal, regarding an alleged weapons program which credible observers have long agreed Iran doesn’t possess, most Iranians must assume that the U.S.’ fury toward Iran results simply from Iran’s sense of historic dignity and stubborn independence: particularly in proximity to major oil reserves, its unwillingness to be governed from abroad.

Zarif pointed to the military spending of the U.S. and of Saudi Arabia and asked if Iran’s mere $16 billion military budget could do much more than feed and house Iran’s soldiers, especially as no-one will sell Iran planes.  He argued that the West might not believe that Iran would rather build inefficient enrichment centrifuges at a net loss – Iran’s centrifuges have a 50% crash rate - than surrender the pageantry of a national refusal to obey an order not to build centrifuges: and that the remarkably low-payload missiles that the West is suspicious of the country for wanting to build are the most powerful missiles Iran can build and thus preferable for Iranians, however nominal their payload, to not building missiles.

Zarif stressed that where the U.S. already sees the 2015 nuclear deal (not to mention its 1953 coup against Iran’s elected president Mossadegh) as ancient history, Iranians look back on a history of civilization lasting millennia.  I was struck, as I have been in reading histories of Iran’s Mossadegh, of a liberatory power of a stubborn adherence to dignity, or to any such demanding principle offering as few material rewards, for creating a space in which history needn’t be flattened or trivialized out of existence, and for turning a tragic sense of the need for courageous suffering into the courage needed to bring people and nations whole through tragedy.

It was a hell of a speech!

Our next stop was a student forum at Tehran University’s world studies campus.  Several students present in the audience were in the university’s “United States studies” program. Several of the professors were outspoken young women dressed in conservative black chador. It hadn’t quite sunk in for me that the featured guest on the panel alongside our own Medea Benjamin and  retired Lt. Col. Ann Wright would be the Iran-based African-American reporter Marzieh Hashemi, whose groundless 2018 arrest and abusive detention by the Trump Administration I had joined people worldwide in protesting. 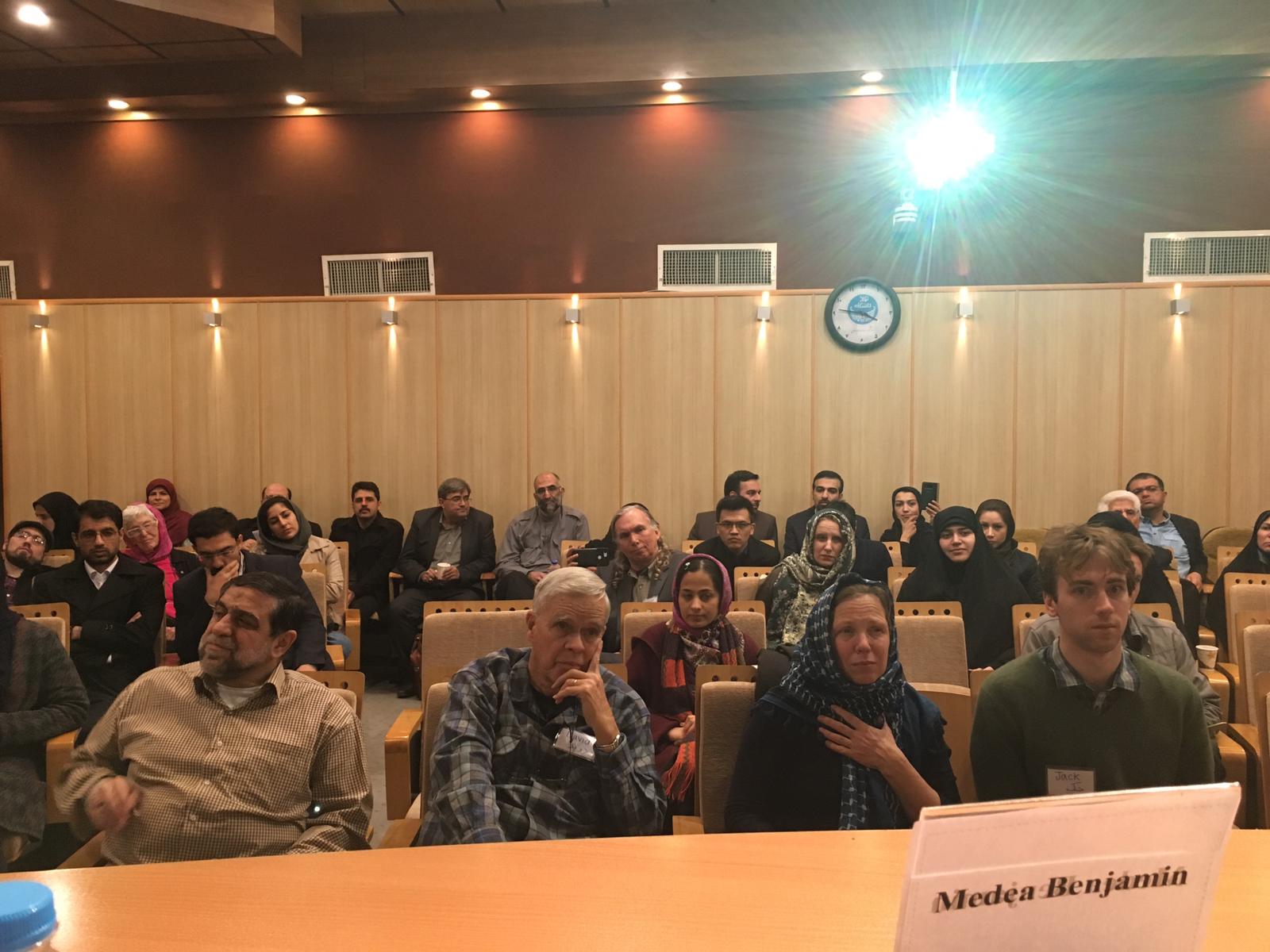 A convert to Islam, returning from a U.S.  trip spent visiting family and filming a documentary, Hashemi was arrested at the airport in front of her young son, and held without charge as a “material witness” to an alleged crime which, though never identified, can only (given the questions she was asked during detention) be the journalism of her news outlet, Iran’s Press TV.

Women’s rights were a major topic of discussion in this session (largely omitted from our meeting earlier that day due to a focus on U.S.-Iran relations, which are unlikely to have been soured by feminist concerns when our close alliance with feminocidal Saudi Arabia has not been affected). An approach common among Iranians present was the familiar argument that so long as the U.S. threatens Iran with sanctions and invasion, it lacks moral authority to speak on other issues and drives Iranian society towards the right on gender,  both through its actions' association of liberalism with imperial cruelty, and through the innovation-deterring impact of precarity imposed on civilians: both in terms of sanctions-induced poverty and the threat of war.

Hashemi noted that Iranians are actually dying under the current sanctions, while Americans grieve the injury of having to hear of “Death to America” chants or else having to picture outrages against the American flag.  While serious grievances of women against the regime were aired, arguably ones far more serious than the mandatory wearing of scarves which women in our delegation observed, these complaints were not made for our benefit as Americans. Americans may have to steer clear of these issues so long as lethal sanctions or a lethal military attack on Iran, certain to prevent any improvement in women's lives here, seem less serious to them than cosmetic matters.

There was a dinner event programmed for that evening, but as I was one of those who had sleeplessly arrived from Khomeini Airport shortly before our first gathering of the day, someone who was conscious during it will have to describe it to you! 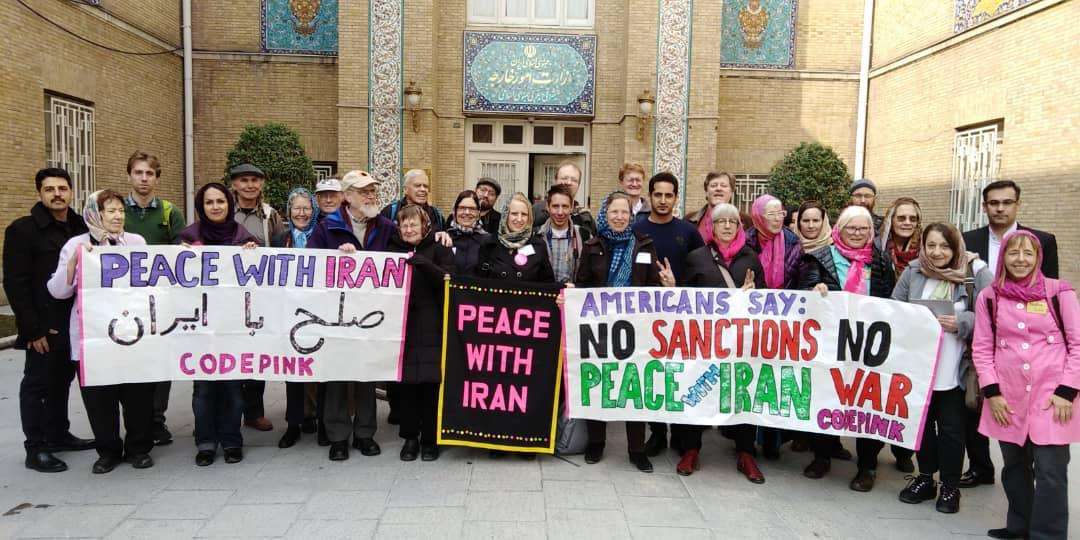