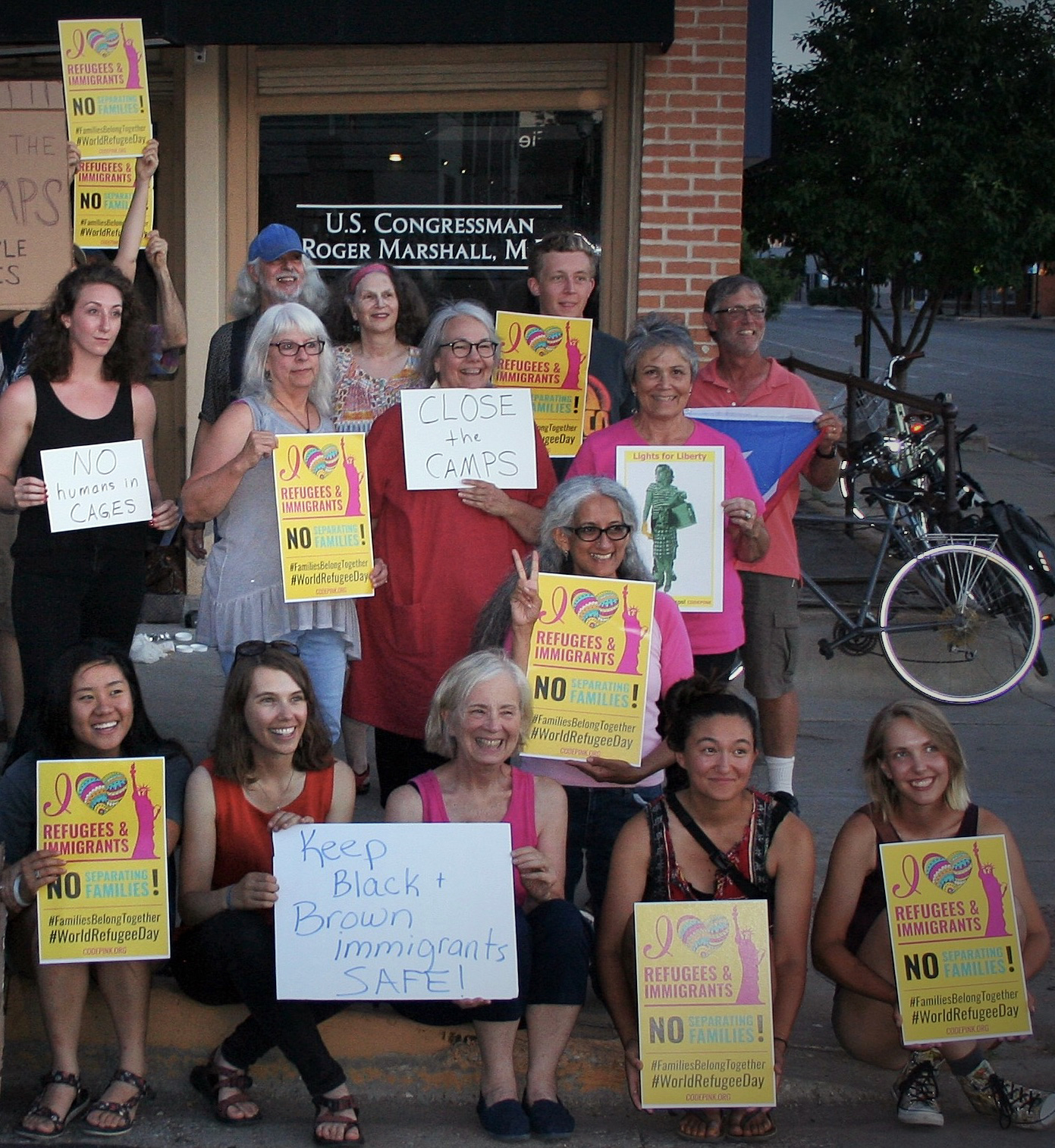 Priti Gulati Cox, an artist, activist, and native of India, has been living in Salina, Kansas since 2000. From 2006 to 2013 she worked on a project titled Unfinished Portrait that tracked the footsteps of a post-9/11 world and the human cost of the U.S. led invasions and occupation of Iraq and Afghanistan. In June 2011 she participated in the first public rally in support of Wikileaks whistleblower Chelsea Manning at Fort Leavenworth, Kansas, where she met CODEPINK members, and soon started a local Kansas chapter throwing light on, among other things, the predicament of Manning and U.S. militarism. In 2018 she created the Sidewalk Museum of Congress (SMoC) which is located outside Kansas’ 1st district Rep. @RogerMarshallMD’s office in Salina where constituents can gather and dissent against the status quo of establishment politics and its allied corporate media via signs, chalk, music, performance, CODEPINK peace and justice rallies, poetry, speeches etc. Her continuing project Patterns of an Occupied Planet uses Discomfort Foods and Uneasy Embroidery combined with writing to illustrate the faces and places of resistance to climate emergency and social, racial, political and economic injustice.