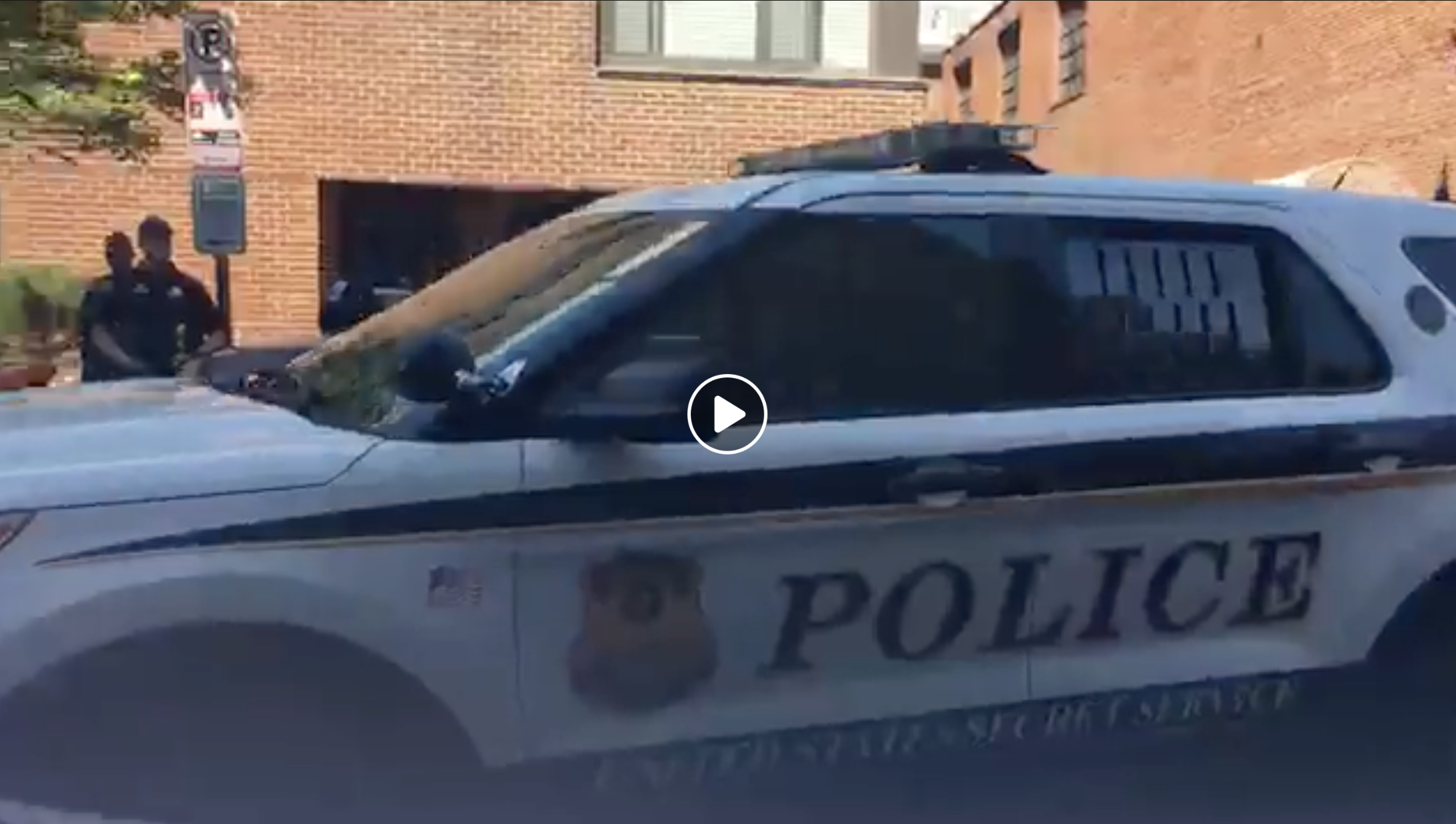 Thursday, May 16, Washington D.C. — At 9:30 AM in the morning, D.C. police officers illegally entered the Venezuelan embassy in Washington D.C. in the Georgetown neighborhood and arrested four activists lawfully living in the building since April 10, as guests of the legitimate Venezuelan government. The four activists are Margaret Flowers and Kevin Zeese (with the group Popular Resistance), Adrienne Pine (an academic) and David Paul (a CODEPINK member). They are part of the Embassy Protection Collective that has been living in the embassy since April 10.

“They are charged with ‘interference with certain protective functions.' It is notable that they were not charged with trespassing, which makes it perfectly clear that the US government does not want to be in the position of having to explain who is lawfully in charge of these premises,” says the Embassy Protection Collective’s attorney Mara Verheyden Hilliard. “What we are seeing today is the most extraordinary violation of the Vienna Convention. The fact that the State Department has broken into a protected diplomatic mission to arrest the peace activists inside is something that will have repercussions the world over.”

“We denounce these arrests, as the people inside were there with our permission, and we consider it a violation of the Vienna Conventions,” says Deputy Foreign Minister Carlos Ron. “We do not authorize any of the coup leaders to enter our embassy in Washington DC. We call on the US government to respect the Vienna Conventions and sign a Protecting Power Agreement with us that would ensure the integrity of both our Embassy in Washington DC and the US Embassy in Caracas.” The US has been negotiating with Switzerland to take charge of its Caracas Embassy and Venezuela has been negotiating with Turkey to take charge of its DC Embassy. These critical negotiations will be broken, however, if the US illegally hands over the Venezuelan Embassy to the forces of opposition leader Juan Guaido.

On April 10, members of the Embassy Protection Collective, including activists from CODEPINK, Popular Resistance and the ANSWER Coalition, moved into the Venezuelan embassy in the Georgetown neighborhood of Washington, D.C. to serve as an interim embassy protection force to prevent the Trump administration from allowing representatives of non-elected opposition leader Juan Guiado from taking over the building as part of a repeatedly attempted and failed coup.

From April 10-April 30, members of the Embassy Protection Collective were able to come and go freely from the building, with up to 50 activists sleeping there. On April 30, a group of Guaidó supporters —coinciding with Guaidó’s failed call for an uprising inside Venezuela — descended on the embassy, determined to oust the activists and seize the building. They blared sirens, horns, and megaphones and surrounded the perimeter of the building with tents, refusing to allow food, medicine, supplies, or people to enter. Multiple peace activists were physically assaulted and arrested in attempts to approach the building with food. On May 8, Potomac Electric Power Company (Pepco), assisted by the Secret Service, cut electricity despite all utility bills being paid in full.

The Collective maintains that the arrests are illegal under Articles 22 and 45 of the 1961 Vienna Conventions on Diplomatic Relations, in which diplomatic premises are “inviolable” and agents of the receiving State may not enter them, except with the consent of the head of the mission. The Trump Administration has not only allowed illegal seizures of diplomatic premises belonging to Venezuela, but has actively facilitated it by giving the Military Attache building and the New York City Consulate to the opposition.

“This struggle is far from over. We will continue to fight to stop this embassy from being handed over by the Guaidó supporters,” says CODEPINK Codirector Medea Benjamin. “The Embassy Protection Collective recognizes that turning over the embassy over to Guaidó would place the U.S. embassy in Caracas in jeopardy. We will continue to use all methods at our disposal to keep the Venezuelan Embassy in Washington D.C. empty until a diplomatic solution — a Protecting Power Agreement — can be worked out between the U.S. and the Venezuelan governments.”

A Protecting Power Agreement would allow third countries to take charge of both the Venezuela and US Embassies. Such an agreement could lead to further negotiations to avoid a military conflict that would be catastrophic for Venezuela, the United States, and for the region. It could lead to a catastrophic loss of lives and mass migration from the chaos and conflict of war, exacerbating the existing humanitarian crisis stoked by U.S. economic sanctions. It could cost the United States trillions of dollars and become a quagmire similar to the U.S. intervention in Iraq and Afghanistan.

After Campaigning Against his Nomination, CODEPINK is Relieved that Mike Morell has Withdrawn as Possible CIA Director