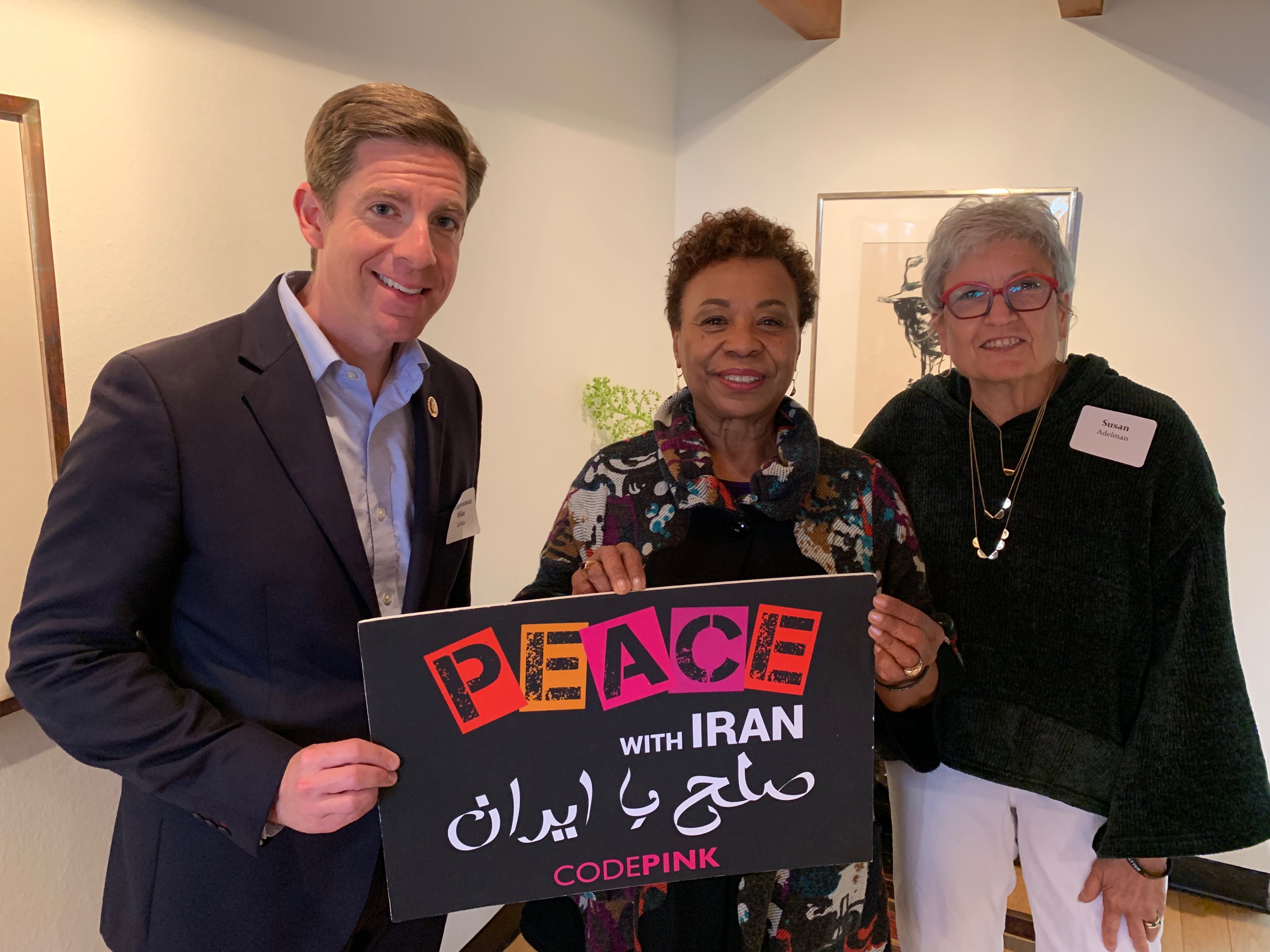 To: Members of Congress

We write to request that Congress take urgent action to halt a march to war with Iran.

The Trump administration, spurred on by National Security Advisor John Bolton, has moved the U.S. into a war posture. Over the last few weeks, Bolton pushed through unprecedented sanctions and escalated the war of words intended to provoke retaliation from the Iranians. Now, Bolton has used a routine carrier deployment to the Middle East to threaten Iran with “unrelenting force” and has overseen the revision of war plans that would send 120,000 troops to the Middle East if Iran takes his bait.

Congress cannot be complicit as the playbook for the 2003 invasion of Iraq is repeated before our eyes. The administration has increasingly politicized intelligence on Iran’s nuclear program, and falsely asserts ties between Iran and al-Qaeda. Worryingly, the administration does not perceive that it is constrained by the lack of Congressional authorization for war with Iran, and has even suggested that the 2001 authorization to use military force could be twisted to green light strikes against Iran.

As the drumbeat for war grows louder, Congress must fulfill its Constitutional duty and enact further constraints to unequivocally prevent the administration from launching an unauthorized war. We urge you to pass legislation to bar funding for an unauthorized war with Iran – The Prevention of Unconstitutional War with Iran Act (S. 1039/H.R. 2354) – together with legislation that makes clear that no existing statutory authorization, including the 2001 authorization for use of military force, provides for war with Iran. Moreover, we urge all lawmakers to issue statements making clear that no authorization for an Iran war exists, and that if the Trump administration seeks war it must first come to Congress for debate.

The American people do not want another disastrous war of choice in the Middle East. Congress has the chance to stop a war before it starts. Please take action before it is too late.