Book Talk: Medea Benjamin on 'Kingdom of Unjust: Behind the US-Saudi Connection' 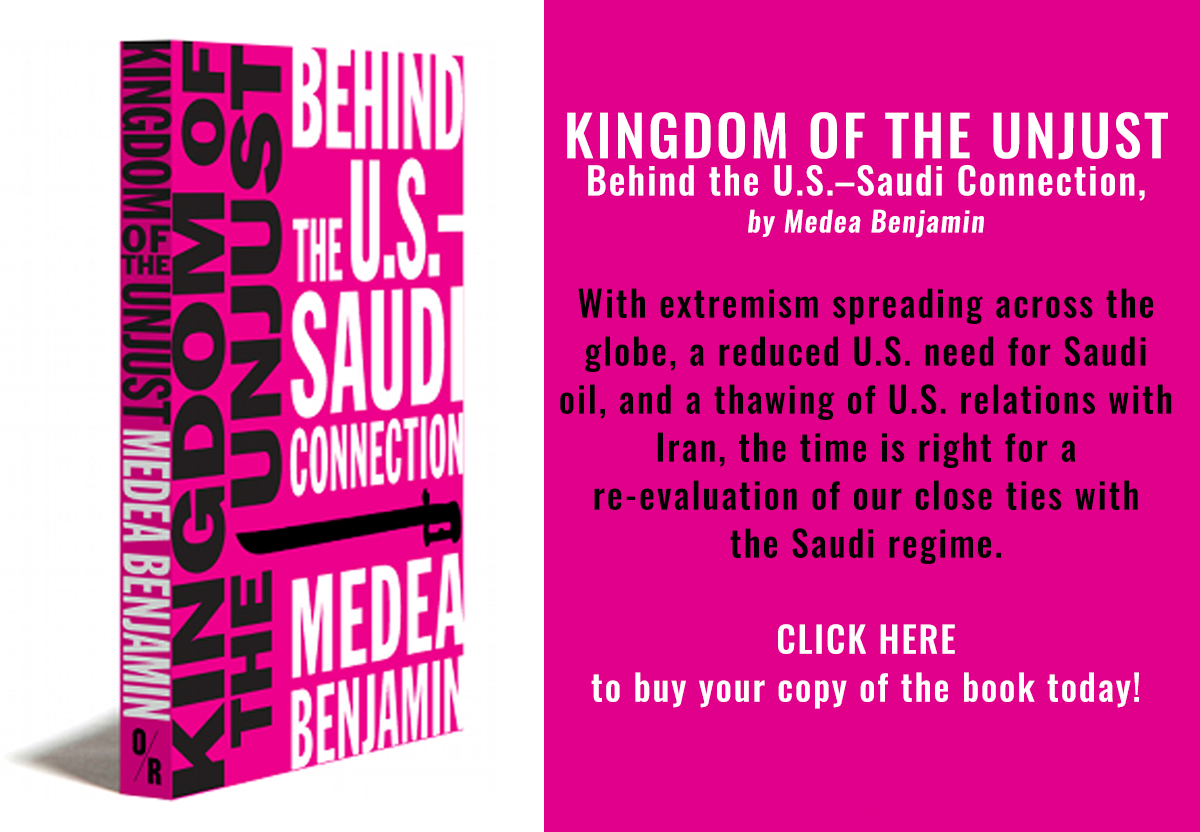 The co-founder of CODEPINK has become famous for fearlessly tackling head-on subjects most of us studiously avoid. Sometimes, she does so in person—as during President Obama’s speech at the National Defense University, or during a reception for drone manufacturers and members of Congress, or in Cairo, where she was assaulted by police. Here, she’s researching the sinister nature of the relationship between the U.S. and Saudi Arabia. Join us for a conversation and book signing!

Additional copies of the book will be available for purchase at the event.

**We will be collecting used clothes and/or other items to donate to formerly incarcerated and houseless people. Please bring something if you can! For more information contact Mariana at [email protected].

This event is co-sponsored by: Jewish Voice for Peace, LA Progressive, OFFICE OF THE AMERICAS, Topanga Peace Alliance, Progressive Democrats of America.