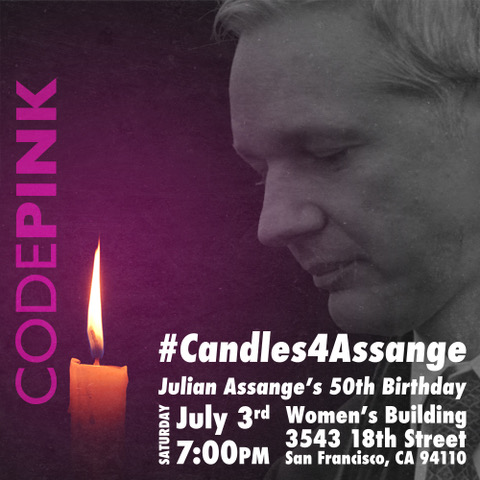 Julian Assange has been detained in the UK since he was 39 years old. Threatened with 175 years in prison by the US Government, he has spent the past 2 years incarcerated in Belmarsh Prison on trumped up charges. Assange's father and brother having been touring the U.S. this past month, where they have received immense support. Let's continue to show our solidarity and demand his release!

Join us on Saturday, July 3, at 7pm as we honor Julian's 50th birthday with #Candles4Assange. We call for Julian's immediate release. Bring yourself, signs, & sparklers, we'll bring the cupcakes and vegan treats!