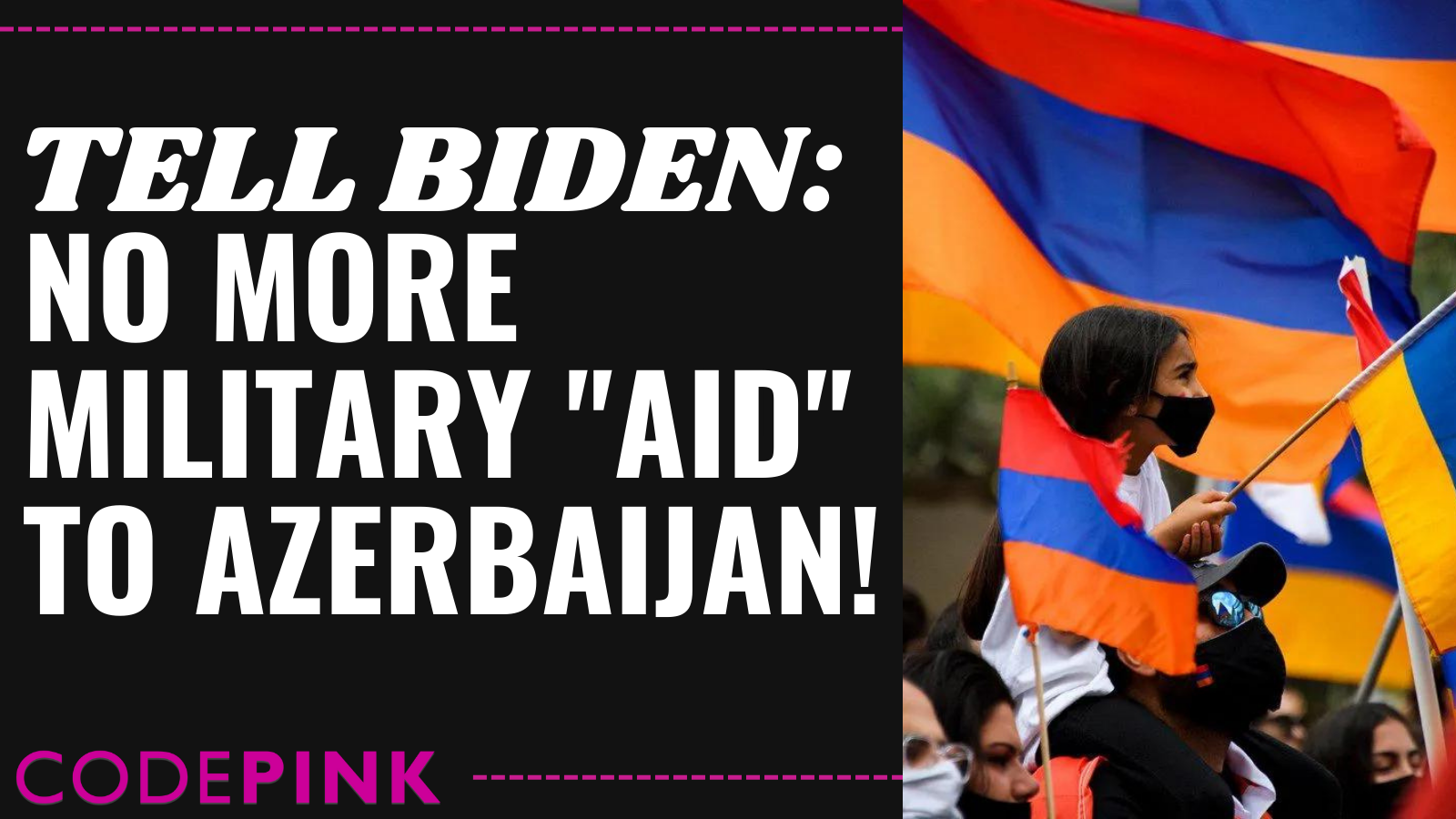 We, the undersigned, are demanding the U.S. halt all military aid to Azerbaijan and weapons sales all together. In 2020, the United States provided over $4 million in support to the Azeri military, in the following years Azerbaijan would go on to attack Armenia and Artsakh.

Recent attacks on Armenia by Azerbaijan could lead to a new, all out war when the war in Ukraine has not slowed down even slightly. On October 2, the ceasefire in Yemen expires and Saudi Arabia can continue its blatant attacks on Yemeni civilians with weaponry sent to them by the United States. The people and the planet cannot afford another war on Armenia.

Weapons sales and military aid send by the United States anywhere prolongs conflict and human suffering by pouring more fuel into the fire. To move forward we need to proceed with diplomacy in Armenia, Ukraine, and Yemen. The United States arming conflicts all over the world will only produce more animosity and more conflict. Diplomacy is a long-term solution that would prevent further disasters to humanity and to the planet.

We demand a permanent suspension of military aid to Azerbaijan and for the United States to rethink its policy of fueling conflict all over the world by endlessly sending weapons and military aid.