I think I met him in early Spring.

I was walking my pups and he was practicing a yoga pose on a tallish tree stump, on a quiet morning, down the street from my house. I didn’t wanna disturb him, but I had to laugh. Here was this beautiful, quirky and elegant, young man, balancing on one foot, four feet off the ground, golden dreadlocks tied neatly in a bun over his head. He saw me laughing and he smiled, but somehow held the pose. We kept seeing each other around the neighborhood and finally had a chance to say hello.

His introduced himself as LooveMoore. 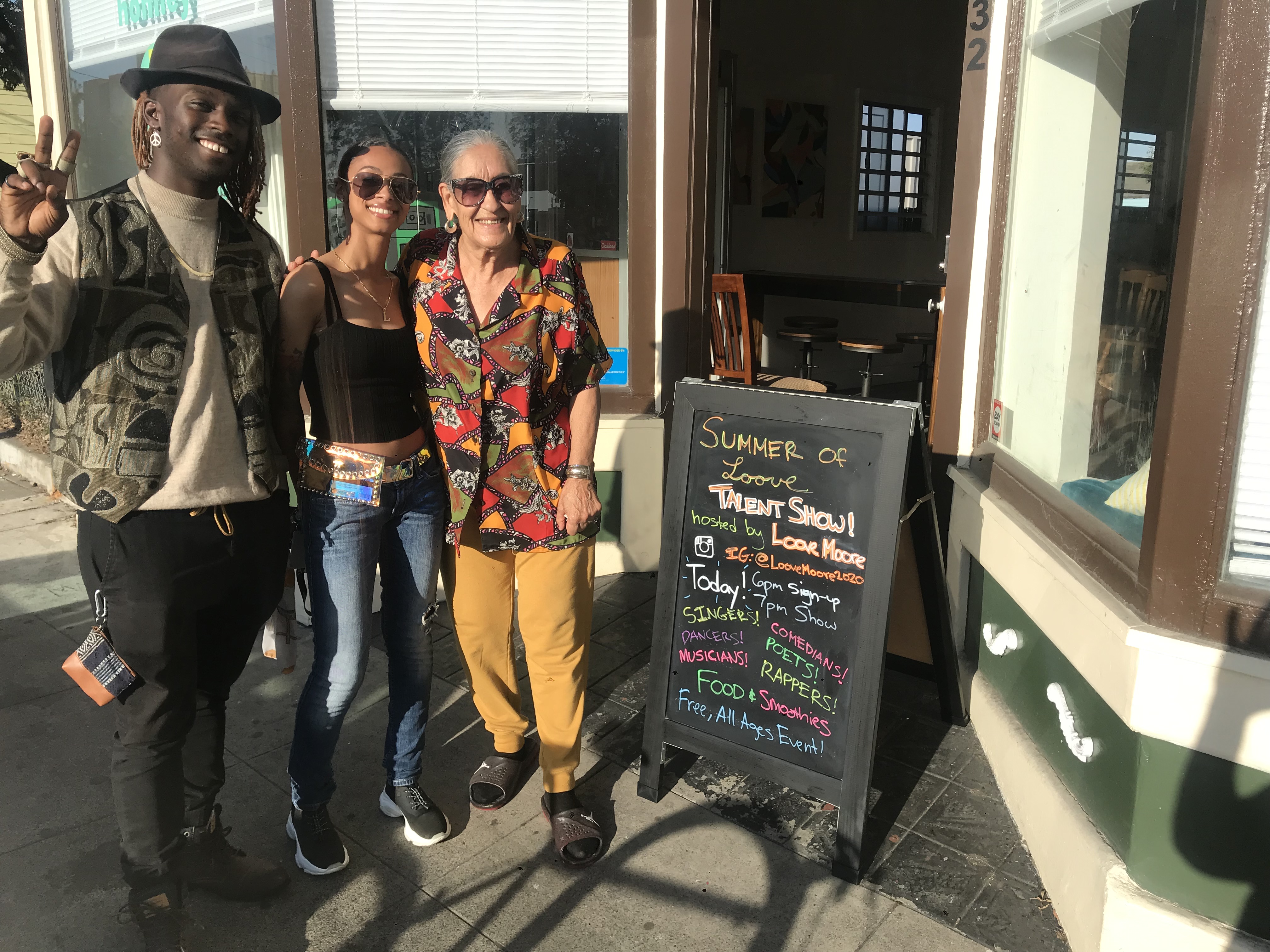 He talked about bringing love and peace to the community, using art and the old ways of “meeting no strangers” and practicing being in the moment. Then he told me about his project, Love at the Lake. “ I go every Sunday and set up a table and have music and interview people passing by. Just talk to people. The Lake is a peaceful, loving place, people go there to meditate and deal with nature, so it’s a perfect gathering place.”

I told him about my work with Jodie Evans, catalyzing local peace economies and suggested to him the deep technology that happened when we just showed up and participated with one another with intention and love for community. 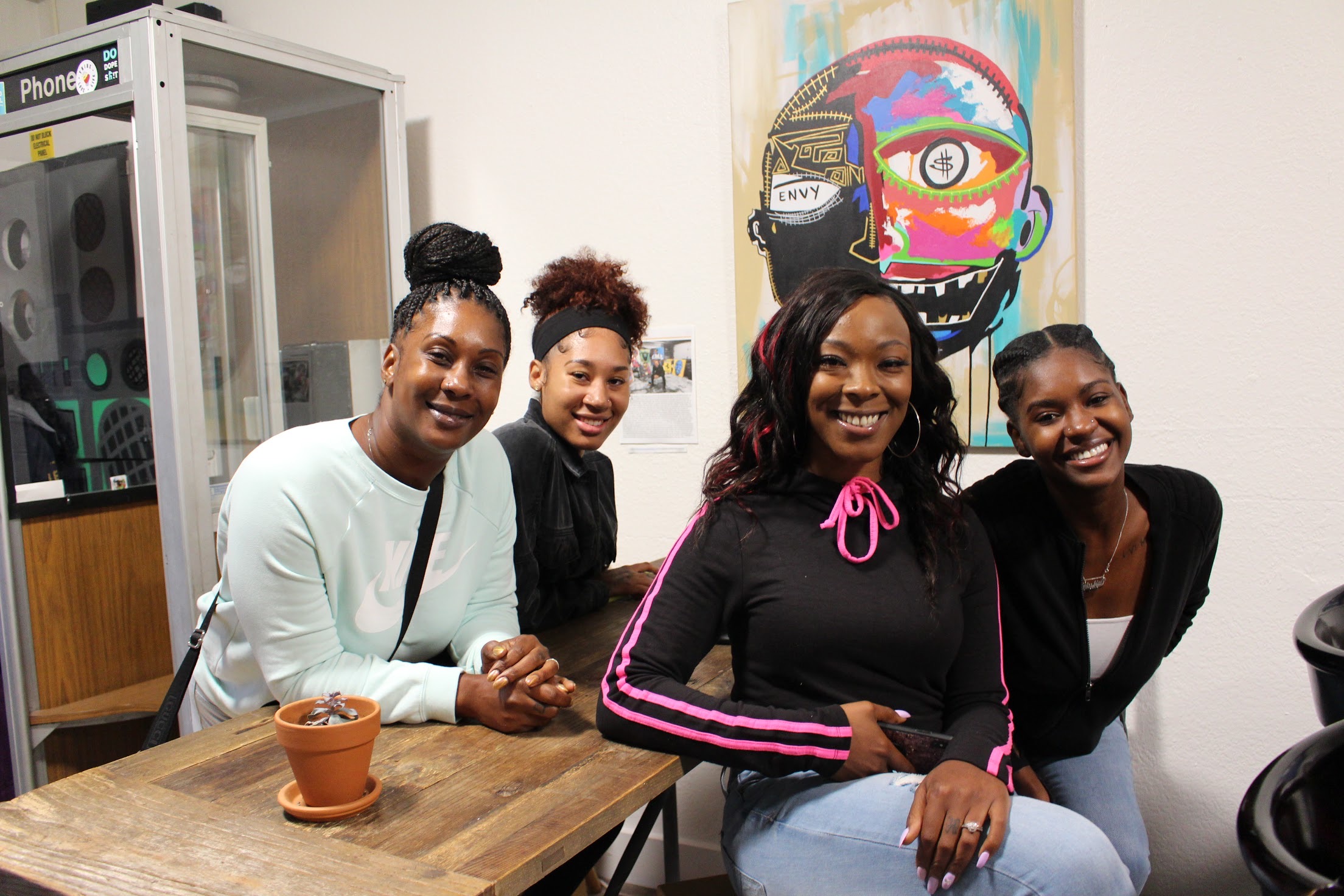 The next time I saw him it was on the cover of the Style section of the San Francisco Chronicle. “I just happened to be ready that day with my all my props and was wearing my Pink, they asked if they could photograph me and I said yes,” he told me.

It was just fantastic to witness the momentum he was building with his fearless approach to showing up with the simple intention of holding space for peace and community on a Sunday at Lake Merritt.

What a dynamic contribution to Oakland, an American city that is in need of a lot of love, nurturing and healing these days.

Next time I saw him he invited me to a new project, a free, Wednesday open-mic-game-night that he was hosting in our neighborhood. “Come through,” he said, “I’m calling it Summer of Loove.”

I wanted to try out this new magic of growing a local peace economy.

So I looked at the calendar and saw that I had at least five...maybe 6 weeks before CODEPINK’s next trip to the Mexican border.  I knew that if I showed up every Wednesday until then, to make smoothies, and provide an anchor for his community project, that it would be an added layer of confidence to what was already a good idea with beautiful intentions.

Intentioned, principled development of relationships, connections and fire are handy tools of creative, old school resistance, in the face of the many human calamities happening in Oakland. Local Peace Economy is very effective in composting the societal malaise brought on by the impacts of greed, unfettered capitalism, political corruption, war economy and the many atrocities on display in Oakland which include houselessness at a level is criminal; police brutality; enormous income gaps that create dangerous situations for everyone, not to mention a climate crisis that seems to unfold a new dimension daily.

So, every Wednesday evening, no matter what was going on in my life, I gathered a local harvest of greens and fruits, a few cups of ice and some water infused with herbs and set up a table in the garden at Homiey Fruitvale...the venue for Summer of Loove.

The first Wednesday was flush with opening night butterflies and jitters, a little pacing and waiting and then finally...everything turned out beautifully. People came in their own time, got a smoothie, chilled out, relaxed and ending up hearing rare and raw offerings from a diverse group of young poets and musicians; played games and relaxed together. 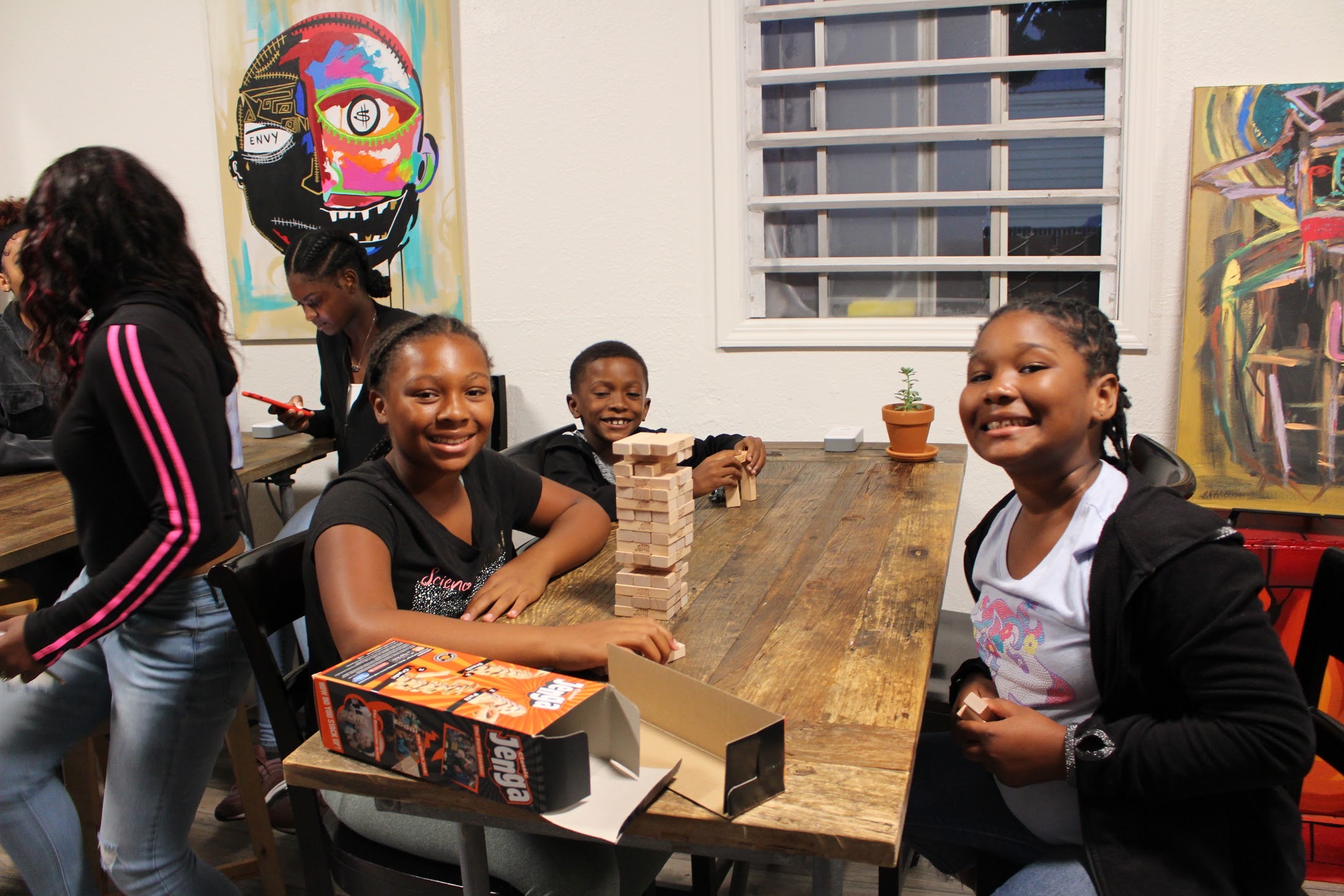 I figured the next week would be even more action packed than the first.

There were more butterflies, fewer people and that funny feeling you get when you think no one is gonna come. I reminded myself and my new friend about just holding space and staying in the intention.

The folks who came, made their contributions.

Voices were heard. People were seen and appreciated. There was laughter and healing.

That second week didn’t have the flair and fireworks of the first week, but what it did have was the beginnings of a form that was real and tangible and said, clearly, “rain or shine, this is something you can count on and we’ll be back next week and the week after and so on.”

“No matter what, keep showing up. Keep doing it. You’re doing more good than you know,” I’d share with LooveMoore at the opening of every session of Summer of Loove, especially in those early weeks. As I set up my little smoothie bar, in the garden, blending and chatting and serving nourishment in a cup, hanging back...watching people talk and build bridges through conversation and getting to know one another. I remembered what Jodie said to me when I’d complain about feeling like an analog girl lost in a digital world and nothing seems like it’s sticking and crazy knows no limits, “chop wood, carry water...chop wood, carry water.”

Those quiet moments of watching and witnessing the beauty of what was unfolding and appearing every Wednesday was pure magic.

By the time I had to head to the border, in late August, what had started as a fledgling Wednesday event had flourished into a solid, community staple. We had regulars; characters; people were hooking up; folks were getting jobs and referrals; art was shared and dreams were born and nurtured. It had become a real thing that we all looked forward to and benefitted from. On the Wednesday before I left, I expressed my gratitude for having met everyone who participated and for having an opportunity to share plant medicine and fun and also the technology behind the tenants of Local Peace Economy and why it is so important for everyone to take the seeds and continue scattering.

I shared what I thought...that with millions of people in migration across the planet, it is an act of proactive resilience to gather like this in order to get to know one another, understand our communities, the needs, see one another, hear one another and have the opportunity to be there for one another...especially these days, in a city like Oakland, Ca. Turned out that many of the young folks had heard about our work at CODEPINK and offered support, some even gave me donations of clothing for the asylum seekers.

When I came back from Mexico, after CODEPINK did our first drop at Ambassadors of Jesus in Tijuana, I pulled into a petrol station on High Street in Oakland, Ca., the one across from Walgreens. Just as I drove up and got out of my car, a red, two door, drop top pulled into the pump right in front of mine.  I got out and smiled as I realized I was looking at the young man who only months before was an athletic stranger, doing yoga poses on a tree stump who talked about holding space for love and peace in his community.

We embraced wordlessly and then he asked the question.

“That if we just kept showing up and doin’ the thing that it was gon’ just pop?! I was thinking about you on the last night...we had so many people...I wish you could have seen it, we had singers and musicians, your friend, the elder, the blind poet, he came. It was amazing. We did it in the garden, where you usually do your smoothies. It was the best one ever. Thank You.”

“It’s the magic of local peace economy,” I said.

Keep it with sunlight and water and before you know it...when you least expect it...you see the sprouts and the life and you remember what someone said to you, that God and Love is in every smile and every connection.

And on cold, grey, rainy days in Oakland, when you get some bad news or you’re just trying to make it through the things that are going on in the midst of a city that seems to have swallowed war economy whole, running into someone who is no longer a stranger, because you heard a beautiful poem shared by a neighbor; or shared a plum-mango-cardamom smoothie at Summer of Loove...it’s a great piece of sweet fruit from a tree that will keep giving and baring oxygenating foliage and nourishment for as long as we water and care for it.

It’s an organic, teaching tree that you can share. It will feed you and won’t let you down.

The Local Peace Economy is a tree with the sweetest fruit of any I’ve ever had...one that each of us needs growing in our towns, cities...communities...on our blocks...in our neighborhoods and most locally...in our hearts...it is a tree that I am especially thankful for in the winter.

Special Shout out to: