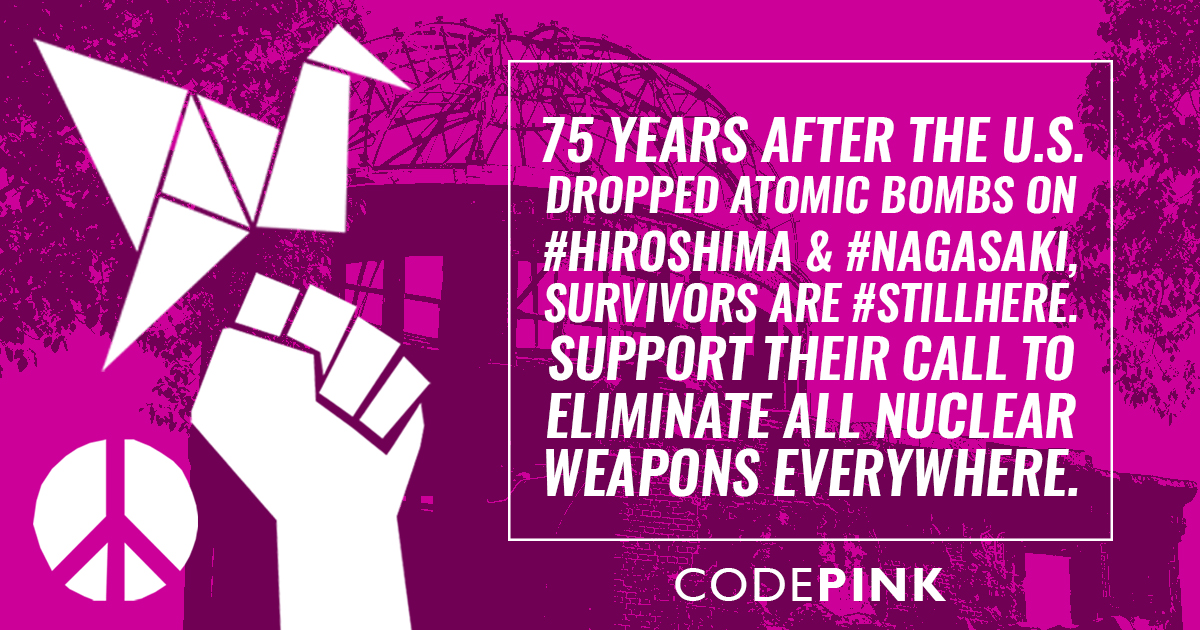 8:15 AM: today marks 75 years since the United States dropped the first of two Atomic bombs that would kill over 200,000 people in Hiroshima and Nagasaki. What many people don’t know, however, is that since then, one million more people have died in the United States due to the testing of nuclear weapons.

In the last 6 months, we have witnessed the media (stenographers of those in power) publish stories that evoke hate and fear of China. We saw this in the drive up to war with Iraq. Now the same media is driving hate to make China the enemy of the U.S., driving us towards a new cold war or worse — which would mean more of your tax dollars are spent making weapons of unthinkable destruction.  It is our task as peacemakers to deescalate that hate and fear.

On this solemn day, join us in telling the New York Times and the Washington Post to quit driving us to war with China, like they did with Iraq.

As Medea Benjamin said in her comments at the recent conference, No Cold War, “It's hard to take seriously the U.S. media's outrage about human rights violations in China when U.S. police are suffocating unarmed black folks and pepper-spraying peaceful protestors.”  The U.S. media blamed U.S. failures to address COVID-19 on China, even though China warned the U.S. CDC on December 31 of 2019.

Please add your name to our letter to the media, asking them to stop the war mongering and let us work together in building bridges not hate because #ChinaIsNotOurEnemy.

P.S. In case you missed it, check out our actions and webinars from last week.