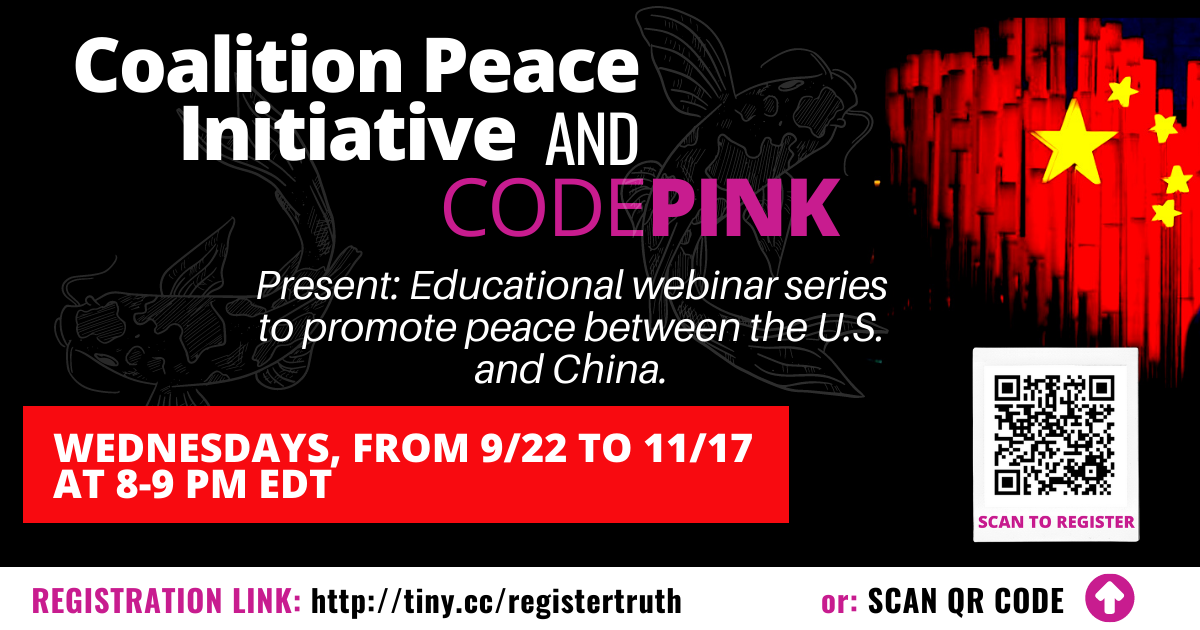 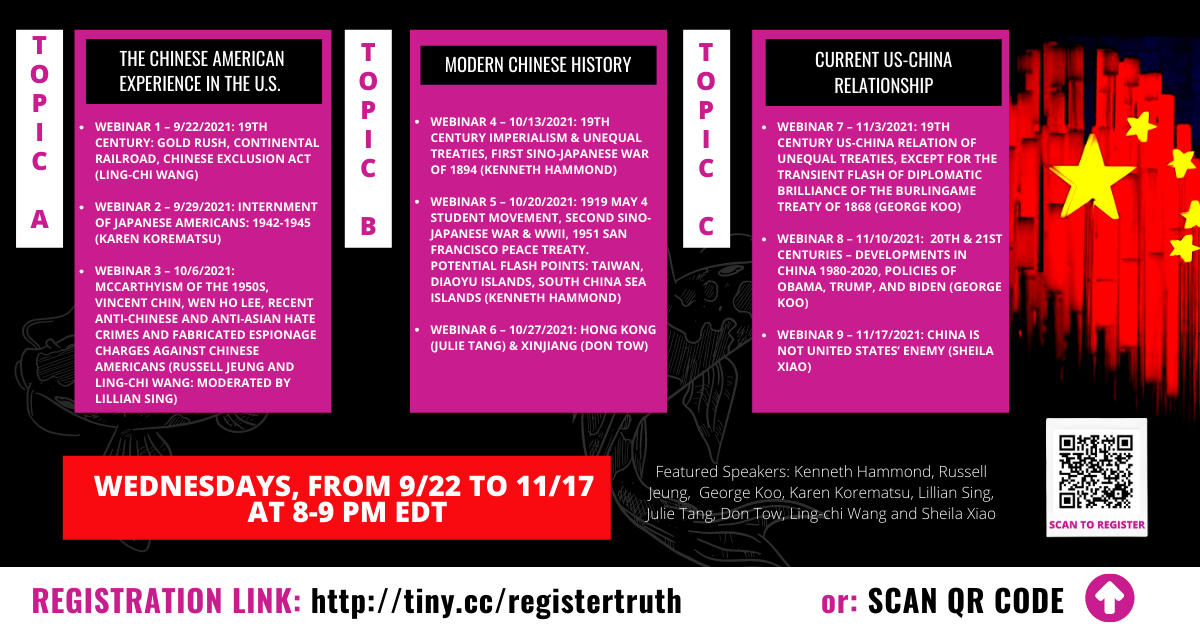 👉 You must register through Zoom with your name only once to receive a unique Zoom link & reminders for all 9 weeks: http://tiny.cc/registertruth

Webinar 7 – 11/3/2021: 19th Century US-China Relation of Unequal Treaties, except for the transient flash of diplomatic brilliance of the Burlingame Treaty of 1868 (Dr. George Koo)