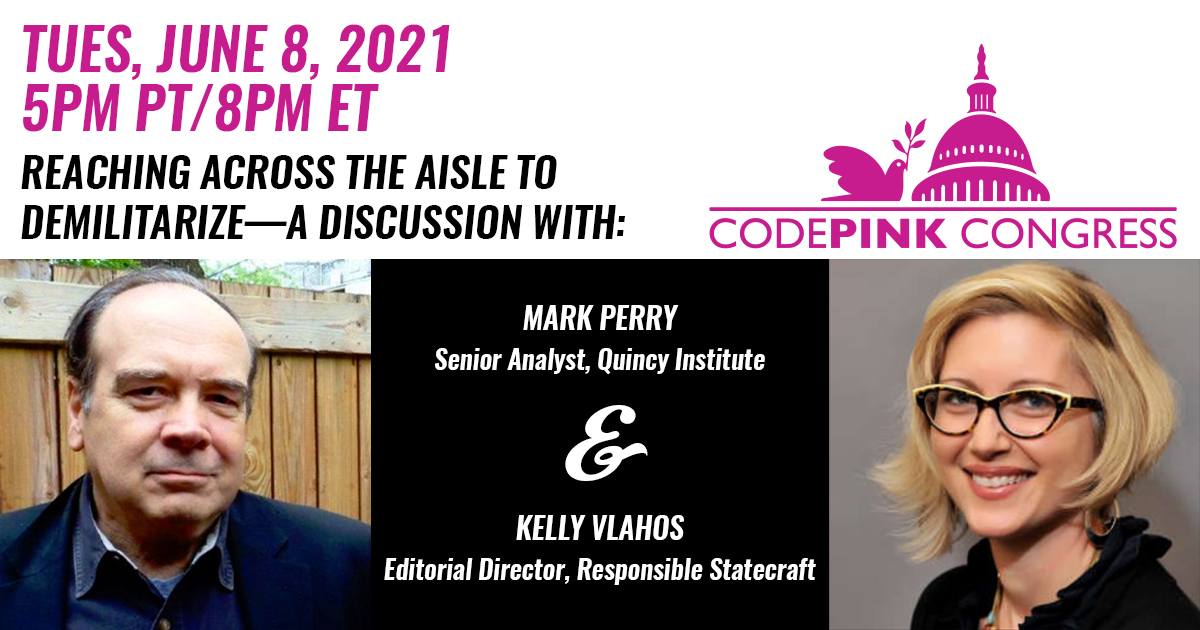 On Tuesday, June 8, CODEPINK Congress will discuss why we must — and how we can — achieve bipartisan cooperation to demilitarize and end the next war before it happens. We will be joined by two guests: Kelly Vlahos, editorial director at Responsible Statecraft and senior advisor at Quincy Institute, and Mark Perry, senior analyst at the Quincy Institute.

Divesting from militarism will require both a mass movement and a bipartisan consensus in Congress. Despite how lofty this goal might sound, it has happened before: In response to a powerful anti-Vietnam War movement, Congress passed the War Powers Act in a bipartisan vote in 1973. This vote overrode Nixon’s veto to ensure the President would have to consult with the House and Senate before authorizing troop deployments for long periods of time. More recently, in a 2019 bipartisan vote, Congress passed a resolution to end US support for the war in Yemen. (Trump vetoed it.)

How do we reach across the aisle today to demilitarize US foreign policy? Let's explore answers with allies who have worked for years on a bipartisan basis. Be part of this exciting conversation!