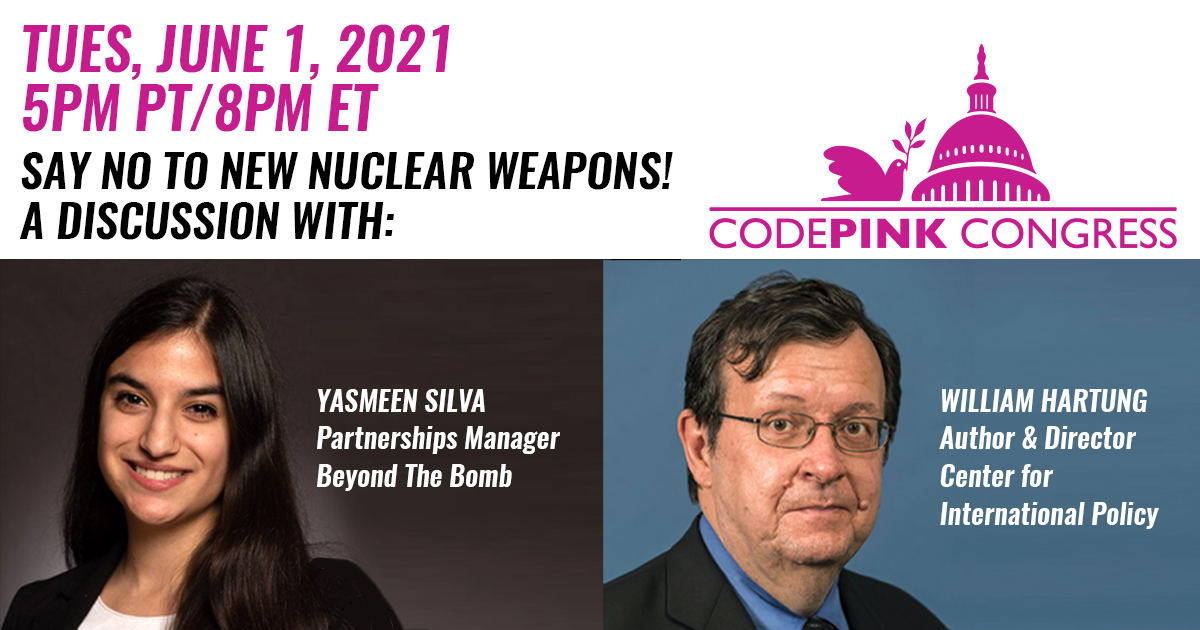 William D. Hartung is the director of the Arms and Security Program at the Center for International Policy and a senior adviser to the Center’s Security Assistance Monitor. He is the author of Prophets of War: Lockheed Martin and the Making of the Military-Industrial Complex.

Yasmeen Silva is the partnerships manager at Beyond the Bomb, a grassroots organization building power on the local, state, and national levels to prevent nuclear war.

Nuclear rearmament versus nuclear abolition: While the 1980s witnessed the nuclear freeze and a mass movement to demand nuclear disarmament between the U.S. and Soviet Union, the 1990s gave birth to the missile caucus, the congressional engine careening the U.S. into a renewed nuclear arms race. Join us for a discussion on stopping the $1.7 trillion plan to produce new nuclear weapons, from land-based intercontinental missiles to low-yield tactical nuclear weapons.