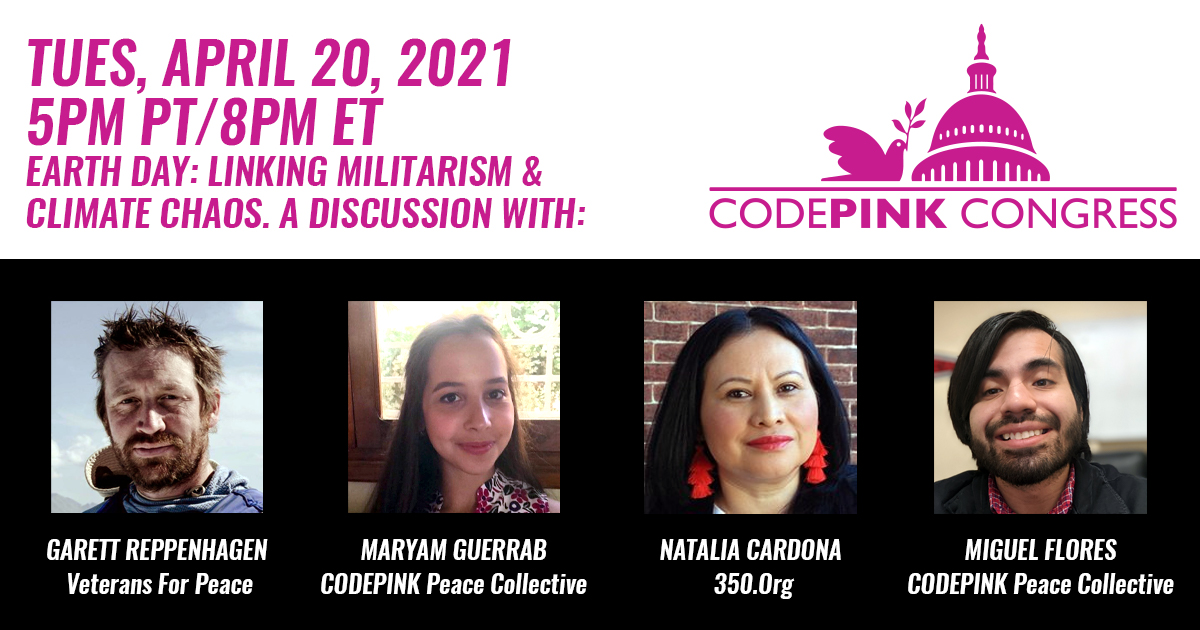 On Tuesday, April 20, CODEPINK Congress will focus on the impacts of war on the environment. This week will feature two special guest co-hosts, Maryam Guerrab and Miguel Flores of the CODEPINK Peace Collective.

Natalia Cardona, associate director for justice and equity at 350.org, will discuss the imperative of demilitarizing the response to the climate crisis.

Garett Reppenhagen, executive director of Veterans For Peace, will talk about the group’s new climate crisis/militarism working group and its emphasis on the Pentagon as the world’s largest emitter of greenhouse gases.

As we approach Earth Day, let us reframe the climate discussion to encourage our progressive allies, as well as President Biden and world leaders attending the Biden climate summit, to put militarism on the climate agenda. It is time military carbon emissions were included in all climate data.

Join us as we ask our Congress members to be good stewards of the environment by publicly opposing Biden’s $753 billion military budget. Please RSVP to receive the Zoom link!