Divest from the War Machine: Boycott Strategies and Tools 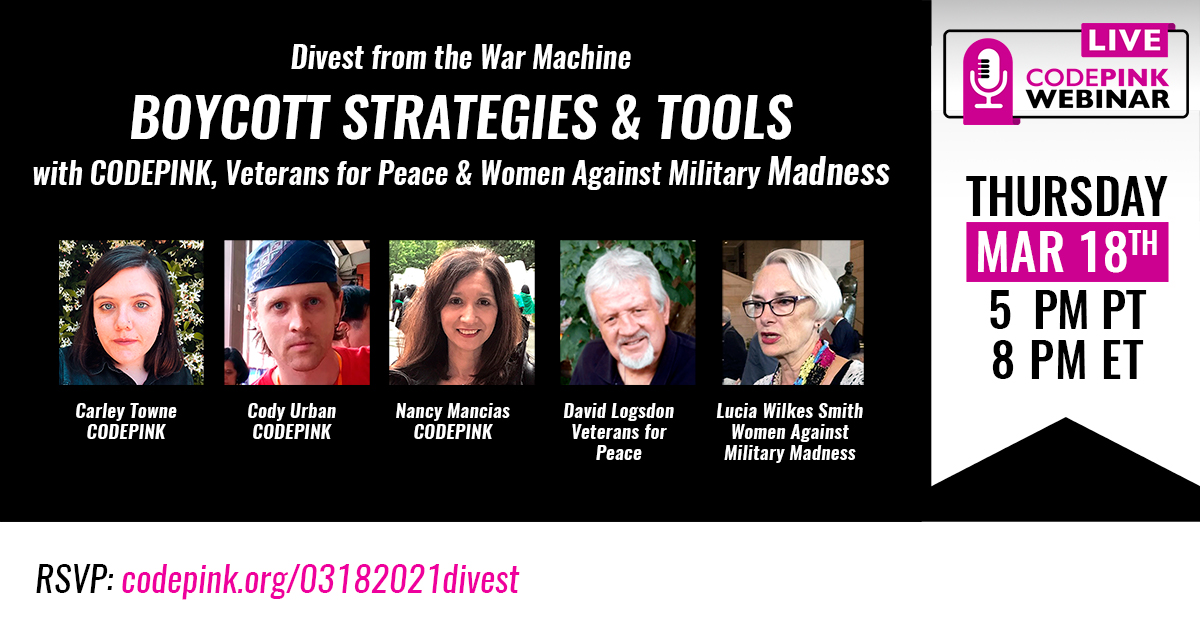 with CODEPINK, Veterans for Peace, and Women Against Military Madness

The "Divest from the War Machine, Boycott Strategies and Tools" webinar will teach individual investors and our nation's financial institutions how to take action to reduce violent global conflicts and slow the hyper-militarization of our world by divesting from the U.S. War Machine.

This divestment campaign calls for a radical reimagination of American priorities. Revoking the power of those who profit most from war-making is the first step in transforming our nation and ending the spread of violence, oppression, and death at home and abroad.

Divestment returns power to the public. It dismantles the war economy and demands that our nation upholds every human being's rights to live in freedom and dignity, safe and free from poverty, danger, and despair, both at home and abroad. Divestment from the War Machine means divesting (removing invested assets) from companies that derive their profits from U.S. military interventions, the global arms trade, and the militarization of our streets.

DIVEST FROM THE WAR MACHINE DIVEST